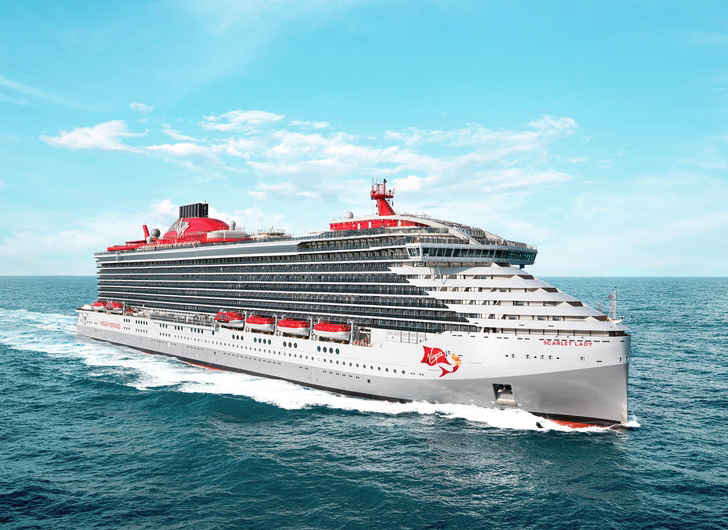 Following in the steps of other cruise lines that have moved their summer sailing itineraries out of U.S. waters, Virgin Voyages has announced it will relocate to the UK for its debut voyage aboard the Scarlet Lady.

“Virgin Voyages has been looking forward to sailing, and we’re so excited to announce our plans to sail from the UK,” Richard Branson, founder of Virgin Group, said in a statement.

.@VirginVoyages has been looking forward to sailing, and we’re so excited to announce our plans to sail from the UK. Here’s all the details: https://t.co/XehUYN51tU


While the timeline to resume cruising in U.S. waters still remains unclear, Virgin Voyages’ Scarlet Lady will instead sail out of Portsmouth, England for the summer, but hopes to return to the U.S. in the fall with cruises departing from Miami.

According to a statement from the company, all passengers and crew will need to show proof of a COVID-19 vaccine and the cruises will operate at a limited capacity for the initial phased restart.

According to USA Today, Virgin Voyages now joins a line-up which includes Norwegian Cruise Line, Royal Caribbean International, and Celebrity Cruises who have moved sailings out of U.S. waters, with Carnival threatening to do the same.