Did You Know?
Pancake Rocks.  These rocks in New Zealand were formed by the accumulation of sand over thousands of years.  There are walking trails in between, and are actually wheelchair accessible.
This piece of fashion jewelry is known as the mood ring which contains a thermochromic element, such as liquid crystal, that changes colors based upon the temperature of your finger. It comes with a color chart to identify what 'mood' you were in.
The Skip-It was a popular toy in the '90s. You would slip it around your ankle and swing it around 360 degrees which would allow you to "skip" over it. It even had a tracker for amount of rotations so you could keep track and try to beat your goal!
Former NBA star Allen Iverson held some impressive stats on the court during his 14-season career. He earned the nickname “The Answer” during his first season with the Philadelphia 76’ers, becoming ‘the answer’ to the 76’ers problems. 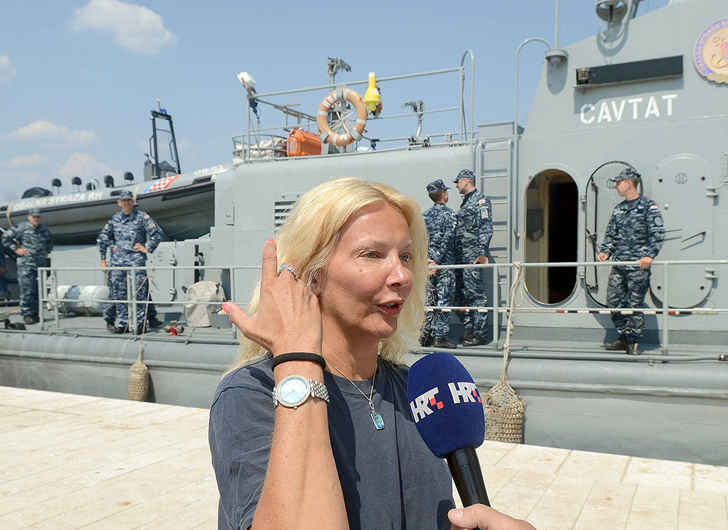 A British woman, who fell overboard from a cruise ship, has been rescued after spending ten hours treading water through the night.

On 8/19, a guest went overboard as Norwegian Star made her way to Venice. The Coast Guard was notified & a search operation ensued. The guest was found alive & has been taken ashore for treatment. We are happy that the individual is safe & will be reunited with friends & family.

Forty-six-year-old, Kay Longstaff, fell overboard whilst vacationing on the Norwegian Star off the coast of Croatia. She spent close to ten hours overnight in the Adriatic Sea before the Croatian Coast Guard rescued her.

“I fell of the back of the Norwegian star,” Longstaff told Croatian news outlet HRT. “I was in the water for 10 hours, so these wonderful guys rescued me. I’m very lucky to be alive.”

Thank goodness the woman who fell,of the Norwegian Star is ok. But how exactly do you fall off a cruise ship? That is very scary.

According to British tabloid The Sun, Longstaff told one rescuer it helped that she was fit from doing yoga and sang to herself through the night to stop feeling cold.

Investigators are trying to determine how Longstaff fell from the ship.

A spokesperson for Norwegian, issued a statement saying, “In the morning of August 19, a guest went overboard as Norwegian Star made her way to Venice. The coast guard was notified and a search and rescue operation ensued. We are pleased to advise that the guest was found alive, is currently in stable condition, and has been taken ashore in Croatia for further treatment. We are very happy that the individual is safe and will soon be reunited with friends and family.”