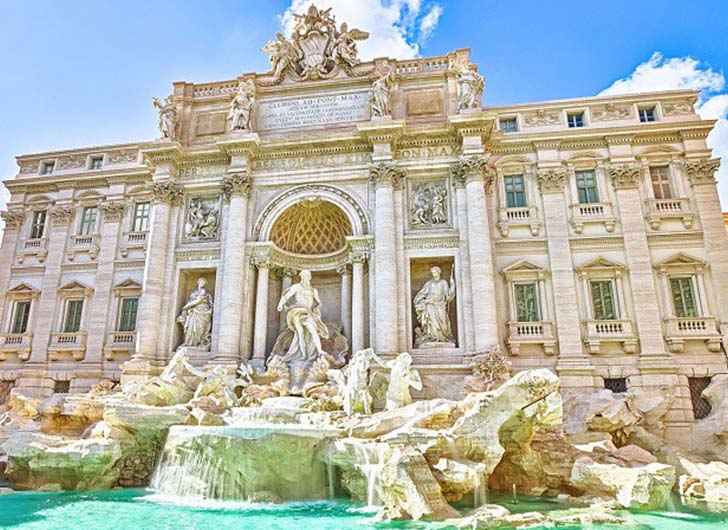 Looking to snap that perfect shot in Rome, but lacking a gorgeous boyfriend? Thanks to Airbnb you can now book yourself an Instagram boyfriend, who will not only show you the sights of Rome but also help you create the best social media pics possible thanks to his Nikon D810 and years of working as a social media manager.

According to delish, Emanuele is offering his services as a “Walking Tour with Instagram Boyfriend” on the travel site. With prices starting from $90 per person, Emanuele will escort you through the streets of Rome, showing you places off the normal tourist track to produce some swoon-worthy Insta-shots of the Eternal City.

Born and raised in Rome, Emanuele describes himself as a “ psychologist, travel influencer, content creator and social media expert” and also “among the earliest members of the Instagrammers community in Rome.”

Available for two-hour increments, Emanuele offers to “take you on a walking tour, where you can discover some of my favorite streets, places, and corners in the very heart of Rome. Some of them will be known to tourists, others will be hidden gems for locals that I often chose to nurture my Instagram feed. From via Cavour, just behind the Colosseum, I’ll take you to Monti neighborhood, the most ancient area of Rome. We’ll have the chance to grab an espresso in a unique, hidden “casetta”, entirely covered with leaves and discover peculiar spots to take pictures. We’ll continue to the city center, walking through via dei Fori Imperiali and next to Pantheon, where I want you to see some historical shops from the XVIII century. Then we’ll head to the Tiber Island and the picturesque neighborhood of Trastevere.”

But that’s not all Emanuele promises.

“I like talking and connecting with you while we’ll be taking cool shots in roman scenarios,” Emanuele reveals on his Airbnb profile. “Bring your reflex camera or iPhone, I’ll bring my Nikon D810 and we’ll have a lot of fun, I guarantee! During the photo walk, we’ll have the opportunity to stop for a coffee, a gelato or a bite of Roman street food (like supplì!) in one of my favorite places of Rome.”

According to delish, Emanuel’s services speak for themselves with the Roman native receiving five stars on Airbnb and a plethora of glowing reviews.

Traveling as a couple? Emanuel will capture those gorgeous romantic shots in front of the Trevi Fountain whilst acting as a personal tour guide – and if you’re single, well, what better chance to share a little la dolce vita!