Connect with us
Did You Know?
Marble Caverns.  In Chile these marble caves are a result of saltwater erosion.  The water is so clear the bottom is viewed easily.
House of Eternal Return.  In Santa Fe, New Mexico there is a place that is half haunted house, half Dr. Seuss novel, funded by Game of Thrones author George R.R. Martin.
You can explore the world's largest plant maze at the Dole Plantation in Wahiawa, Hawaii.  The maze is a total of 2.5 miles long!
There are 1,500 hammers on display at the hammer museum in Haines, Arkansas, from recent designs to ones dating back to the time of the Romans. 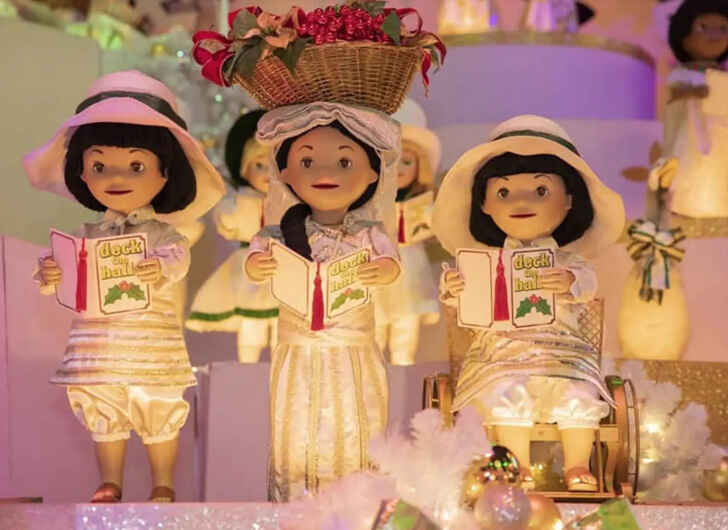 The beloved attraction is now home to two new dolls in wheelchairs, which will appear in the Latin American section of the boat ride and in the finale, CNN reports.

The dolls were unveiled during the first day of the park’s Christmas season and will remain a permanent part of the ride.

“The dolls are participating inclusively alongside their non-disabled peers, which is something we want to see more of, instead of being depicted as limited or incapable because of a disability,” Jill Houghton, CEO of the disability inclusion nonprofit Disability:IN, told CNN. “We need to see more of this in pop culture, theme parks, and entertainment if we want to be truly representative of the largest minority group in the world.”

This is the first time Disneyland has included characters in wheelchairs. According to CNN, ‘It’s A Small World’ rides at Walt Disney World in Florida and Disneyland Paris will add similar dolls in 2023.

“We are always looking to enhance our attractions with not just fun things, but meaningful things as well,” Kim Irvine, executive creative director of Walt Disney Imagineering for Disneyland Resort, told CNN.