Connect with us
Did You Know?
Vinicunca Rainbow Mountain.  While there is no explanation for this phenomenon, these mountain tops in Peru are truly a sight to behold.
Painted Hills.  In Oregon, in the US, the john day fossil beds are layers of mineral deposits that the changing light and moisture affects the colors.
Cadillac Ranch, located along Route 66 in Amarillo, Texas, is one of the most iconic roadside attractions in the United States.  Ten Cadillacs are half buried and splattered with paint. It is said that they are buried on the same angle as the Great Pyramid of Giza.
This piece of fashion jewelry is known as the mood ring which contains a thermochromic element, such as liquid crystal, that changes colors based upon the temperature of your finger. It comes with a color chart to identify what 'mood' you were in. 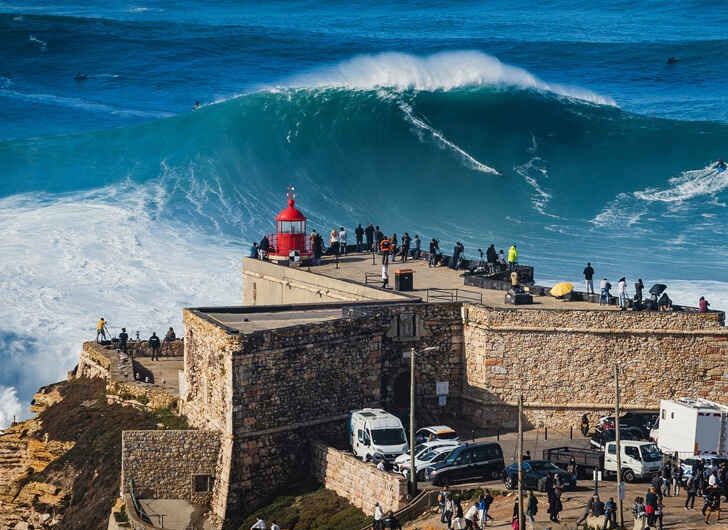 The competition will showcase the best of big wave surfing at Portugal’s iconic Nazaré break, where world-class surfers face some of the biggest waves in the world. Nazaré is known for its monster waves, including the current Guinness World Record for the largest wave ever surfed at 86 feet!


The competition will feature nine teams made up of two competitors, surfers and jet ski drivers, hoping to make surfing history. Team Hurley is pleased to present its own legendary big wave surfers, including Kai Lenny of Hawaii; Nazaré local, Nic von Rupp; and New York icon, Will Skudin.

“Nazaré turns into the Madison Square Garden of surfing when it wakes up. Thousands of people lining the cliffs and just the rawness of the waves, it’s something you can’t experience anywhere else in the World. I am looking forward to mixing it up with the crew this year. Stoked to have Hurley presenting the event this year too,” added Will Skudin.


To mark the occasion, Hurley has commissioned local Portugal surf artist, Waves by Johny Viera, to paint the event poster, which will also be available across a limited Nazaré collection of merchandise.