Did You Know?
Monolith Of Uluru.  This is the largest rock in the world, and it resides in Australia. All the rocks around it have eroded away, but for some reason this one has held its ground.
Cadillac Ranch, located along Route 66 in Amarillo, Texas, is one of the most iconic roadside attractions in the United States.  Ten Cadillacs are half buried and splattered with paint. It is said that they are buried on the same angle as the Great Pyramid of Giza.
Basketball star LeBron James also goes by the name “King James.” Beginning in high school, James was considered basketball royalty with his impressive stats. He went straight into the NBA from high school, where he continued to smash stats further earning him the crown nickname.
Former NBA star Allen Iverson held some impressive stats on the court during his 14-season career. He earned the nickname “The Answer” during his first season with the Philadelphia 76’ers, becoming ‘the answer’ to the 76’ers problems. 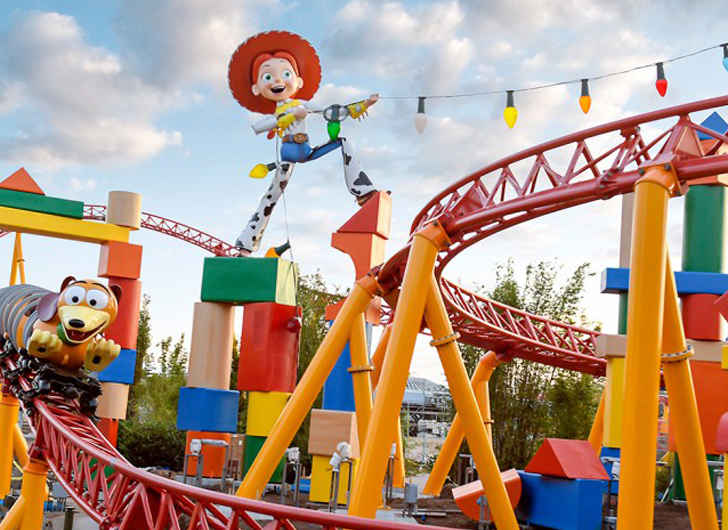 Our excitement level for #ToyStoryLand has just gone to infinity and beyond! We can’t wait to play in Andy’s Backyard opening June 30, 2018! #HollywoodStudios pic.twitter.com/h6wEC7mQPl

The 11-acre land based on the Toy Story movies, will “shrink” guests visiting the land to the size of a toy where they will join Woody, Jessie and Buzz in Andy’s backyard for some thrilling fun.

Take a look at the latest artwork for Alien Swirling Saucers, one of two family-friendly attractions coming to #ToyStoryLand at Disney's Hollywood Studios! https://t.co/mnd7UmdQ5N pic.twitter.com/hkgftvLTva

Taking up most of the park will be a new roller coaster – Slinky Dog Dash – and another ride – Alien Swirling Saucers – where “adorable green aliens swirl about in their flying saucers with guests in tow in their rocket ship toys.”

I CANNOT wait to ride the Slinky Dog Coaster when it opens this summer! I took a virtual reality ride on it and it's going to be so much fun! #ToyStoryLand pic.twitter.com/lIjlb7PwmI