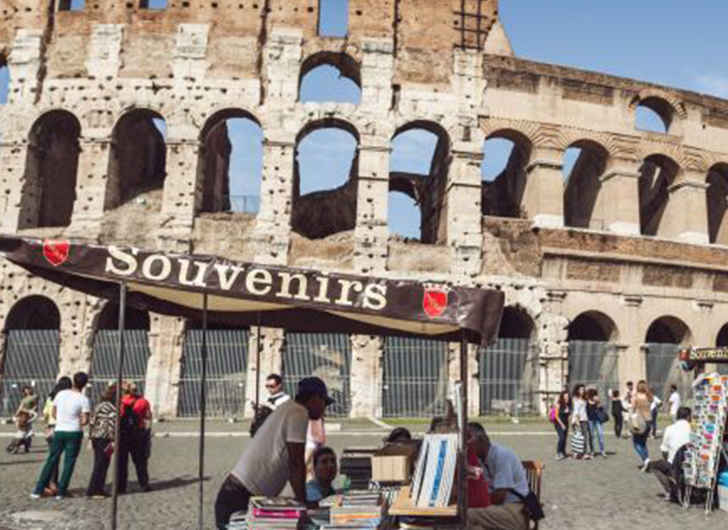 The Italian city of Rome is cracking down on more tourist-related activities in an effort to protect the historic city’s heritage.

Last year Rome, which has become overcrowded with tourists from across the globe, placed a ban on snacking in front of some of its most important historical landmarks and also banned people from sitting on the iconic Spanish Steps.

Now the city has gone one step further by placing a ban on souvenir stalls and snack carts in front of many famous landmarks starting January 1, 2020.

According to Lonely Planet some of these landmarks include the Trevi Fountain, the Spanish Steps, and the Colosseum.

“For years, the monuments of the city have been tarnished by vendors who sell drinks, panini, and trinkets in front of Rome’s architectural jewels. This is no longer tolerable,” Lonely Planet report Rome’s mayor, Virginia Raggi, as saying in a statement.

According to the Mirror, tourists will still be able to purchase trinkets and souvenir items away from the historical sites. Although 16 of the souvenir stalls will be abolished, eight will be permanently relocated to nearby side streets.