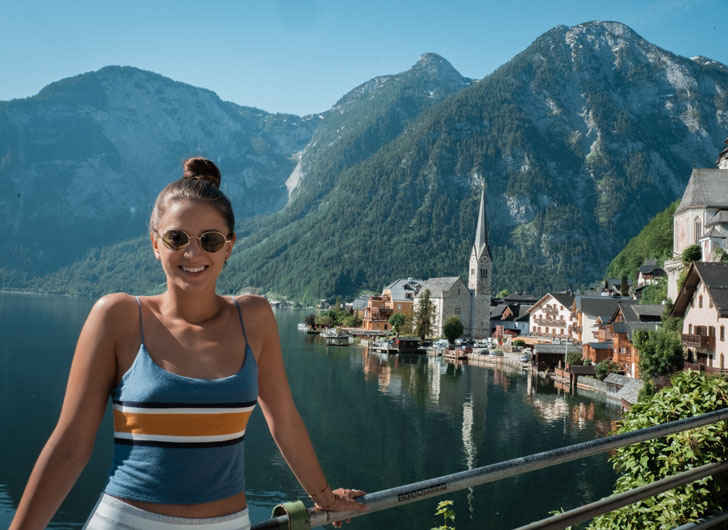 Twenty-one-year-old Lexie Alford can legitimately add the title ‘World Wide Traveler’ to her resume after smashing the Guinness World Record for being the youngest person to visit every country in the world.

ITS OFFICIAL!!🥳 After years of travel, months of planning & mountains of paperwork to prove it- I'm now the Guinness World Record Holder for the Youngest Person to Travel to Every Country!🤩🌍⠀⠀⠀⠀⠀⠀⠀⠀⠀ It's been a crazy week celebrating here in NYC & having the Today Show surprise me with this certificate yesterday was literally a dream come true. I've been spending a lot of time reflecting on what I've taken away from traveling to 196 countries & honestly I feel like I've only just scratched the surface of how much there is to explore! Traveling to all these places around the world taught me that countries aren't as black and white as lines on the map. There's actually this beautiful, interconnected tapestry of cultures, beliefs and landscapes that blend together to create this strange & wonderful world we live in.⠀⠀⠀⠀⠀⠀⠀⠀⠀ It's been such an honor & a privilege to experience so much and to share this journey with all of you. I definitely couldn't have done it without the many special people I encountered along the way. I'm feeling grateful for all the lessons learned & I'm SO EXCITED FOR WHAT'S NEXT🥂 go to the link in my bio to subscribe to my brand new YOUTUBE CHANNEL!


The globe-trotting blogger was fortunate enough to be exposed to travel at a young age thanks to her mom’s travel agency business.

According to AOL, by the time Alford was 18 she had traveled to 70 countries, well on her way to visiting all 196 countries.

& now the moment 7% of my followers have been waiting for… photos from INDIA🇮🇳 I've been digging through the archives this week to find photos from every country and I stumbled across these from my trip to Mumbai, New Mangalore, Cochin and Goa. Can you believe I was 14 years old in these photos?😂⠀⠀⠀⠀⠀⠀⠀⠀⠀ It's definitely time to go back! I'm thinking a yoga retreat somewhere in the jungle. Any recommendations?


Alford told Yahoo Finance she began working at her mom’s travel agency at the age of 15 with Forbes reporting Alford earned her high school diploma two-year early and earned an associates from a local college before dedicating herself full-time to breaking the world record.

One of my absolute favorite countries in the whole world is Egypt! I’ve been there 3 times and I can never get enough because every time I’m there I learn something new. The history of ancient Egypt has fascinated me since I was a little kid and being able to visit places like the Great Pyramids (and all the less touristy pyramids!), Abu Simbel, Valley of the Kings, and even seeing real mummies in the Cairo Museum is like stepping through time and into the past. Or into a dream… what country do you think has the most interesting history?


According to AOL, Alford had to submit nearly 10,000 pieces of evidence to Guinness World Records in chronological order to officially be named a world record holder.

Alford, who admits she is a minimalist when it comes to packing for her travels, supplemented her income by blogging while traveling and hopes to someday release a book about her adventures.