Did You Know?
The Dead Sea, located in Jordan, is 10 times saltier than any ocean.  Because of this high salinity it causes everything to be much more buoyant.
Spotted Lake Khiluk.  This lake in British Columbia has 365 different pools.  These different pools all have a different mineral content, and are said to cure disease.
While several destinations claim to have the largest twine balls, in 2014 the record belongs to Cawker, Kansas.  It's growing all the time!
In Louisville, Kentucky this cemetery, which seems to be a continuous labyrinth, tries to make an impression of the people put here long after their death. 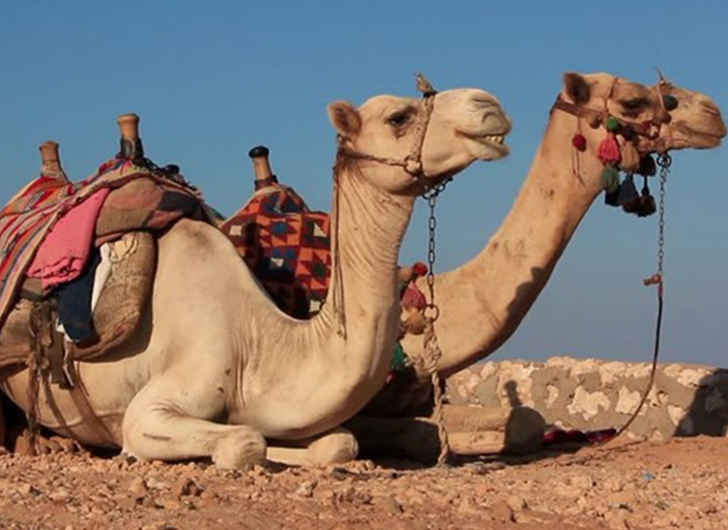 A woman is suing TripAdvisor after falling off a runaway camel during a vacation in Morocco.

According to the Associated Press, 24-year-old New Jersey native Breanne Ayala “is accusing Massachusetts-based TripAdvisor and its subsidiary Viator of negligence and breach of contract for failing to ensure the camel tour company was operating safely.”

The incident happened back in 2018 when Ayala and her family booked a sunset camel tour in Marrakech, Morocco through Viator.

Ayala claims during the tour her camel ran off from the caravan causing her to fall and break her arm. The lawsuit states an ambulance was not called until the tour company owner arrived an hour later.

The Associated Press reports Ayala claims she and her family were never given a safety briefing before embarking on the tour – and that during the tour she was told her camel was pregnant and about one month away from giving birth.

According to the Associated Press, TripAdvisor has refused to comment on the pending litigation.