Did You Know?
Ruby Falls.  Located in the United States, in Tennessee, this underground waterfall is illuminated to created these pink and purple hues.
Monolith Of Uluru.  This is the largest rock in the world, and it resides in Australia. All the rocks around it have eroded away, but for some reason this one has held its ground.
The House on the Rock is a tourist destination between the cities of Dodgeville and Spring Green in Wisconsin.  This large structure houses one of the largest collections of bizarre objects in the world.
This sound isolating chamber is located at Orfield Laboratories in Minnesota.  It is so quiet sound is measured in negative decibels. 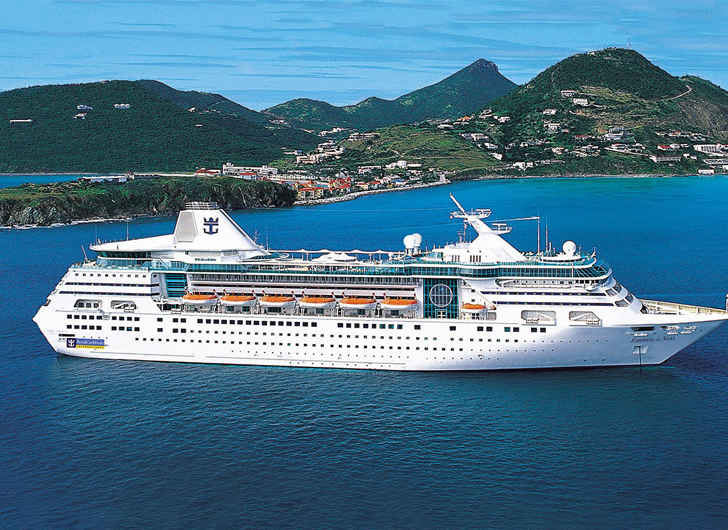 Surge coming in #KeyWest as #HurricaneIrma made landfall. pic.twitter.com/4ToLvAhxOU

The company is making changes to the itinerary of one of its ships – the Empress of the Seas – through early October. Instead of calling into Key West, the ship will spend an extra day at sea.

The Empress of the Seas departs from Tampa, Florida and carries up to 1,840 passengers. The changes will affect passengers booked on September 23 and September 27 sailings.

Key West suffered severe damage from Hurricane Irma. Royal Caribbean revealed they are working with local humanitarian stops to drop off much needed supplies, but that passengers will not be allowed off the ship.

We're matching donations up to $1M to help with #IrmaRecovery. Here's how you can help too: https://t.co/Dj3TsCuEPI pic.twitter.com/Ui5SmzE1Md

Royal Caribbean are also adjusting their itineraries to the hard-hit islands of St. Thomas and St. Martin in the Eastern Caribbean. This comes as newly formed Hurricane Maria is set to follow the same course as Irma over the islands, including Puerto Rico.

Communities affected by #HurricaneIrma still need our help, and with your support we can do even more. We're matching donations up to $1M with all proceeds going towards relief efforts. Join us in helping. Link in bio.

A post shared by Royal Caribbean International (@royalcaribbean) on Sep 17, 2017 at 8:03am PDT

Over the weekend Royal Caribbean used its Adventure of the Seas ship to deliver supplies to St. Martin and evacuate stranded passengers. Their 1,840 passenger Majesty of the Seas vessel carried out similar efforts in St. Thomas.