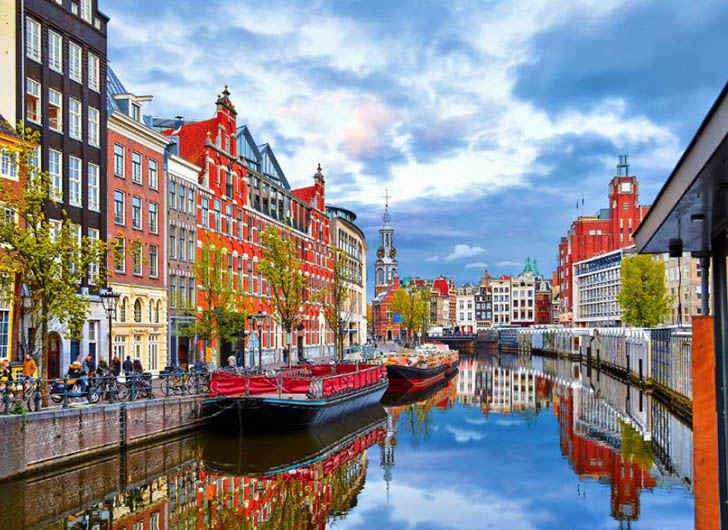 Amsterdam is set to become a little more expensive after the Dutch capital announced a tourist tax hike making them the highest in Europe.

The European city has had to contend with a steep rise in tourism. According to Travel Pulse, some 18 million visitors descend on the city each year.

My favourite place… a place I’d like to call home…. there’s something about this place that makes you feel home the moment you step into the city….. #amsterdamcity #amaterdamcity #amsterdam #bikesofamsterdam #canalsofamaterdam


In an effort to curtail bad tourist behavior, Amsterdam will also place a ban on tours of the infamous ‘Red Light District’ and place a fifteen-person maximum on group tours visiting the medieval center.

“Visitors will contribute more to the high costs of keeping the city safe and clean, and of keeping the public space like pavements, quays, bridges, and streets, in a good state,” a spokesperson for Amsterdam City Council told CNN.


According to CNN, the city will be levying an additional €3 (approximately $3) per person, per night on top of the already 7% it charges on tourists staying overnight in hotels. Tourists can also expect tourist taxes to be raised on Airbnb’s and private-property rentals.

Children under the age of sixteen will be exempt from the tax and campsites will charge only €1 per person.

The tax hike and other tourist-related policies will go into effect on January 1, 2020.