Did You Know?
Tunnel Of Love.  A part of an industrial railway in the Ukraine has become overgrown with vegetation, and is now a favorite spot for couples to take walks.
Mendenhall Ice Caves.  Scientists are baffled as to why these ice crystals in this cave in Alaska are different colors.  There is a growing concern of how global warming will affect these caves.
Painted Hills.  In Oregon, in the US, the john day fossil beds are layers of mineral deposits that the changing light and moisture affects the colors.
The House on the Rock is a tourist destination between the cities of Dodgeville and Spring Green in Wisconsin.  This large structure houses one of the largest collections of bizarre objects in the world. 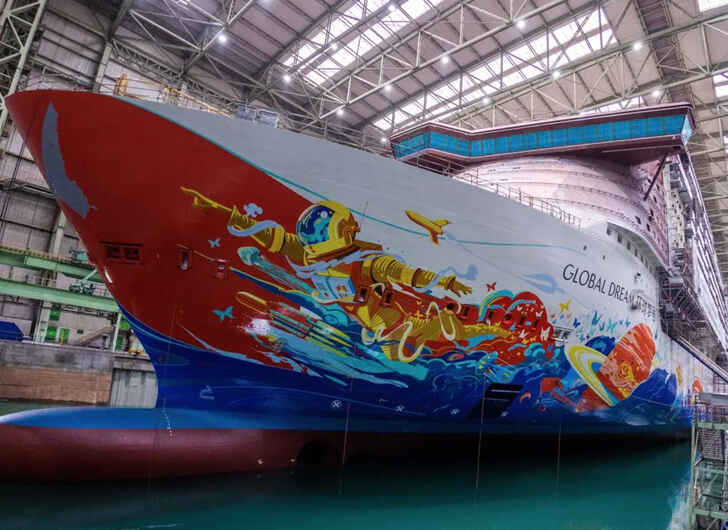 An unfinished cruise ship destined to be one of the world’s largest in the world may take its first voyage to the scrapyard.

According to numerous media outlets, the Global Dream II, designed to hold more than 9,000 passengers, has almost been completed. However, the shipbuilder MV Werften and its parent company filed for bankruptcy at the beginning of the year, and administrators have been unable to find a new buyer for the liner.

According to German magazine An Bord, attempts are being made to sell some of the fixtures and engines, but the half-finished keel will be sold for scrap if a buyer for the ship can’t be secured.