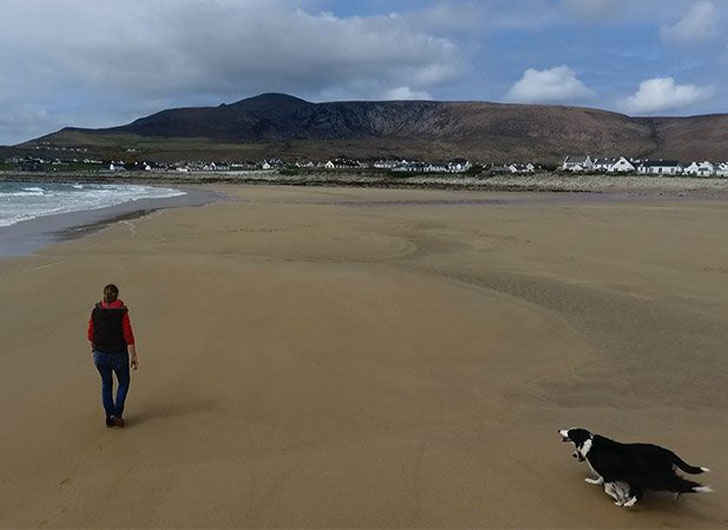 The small island of Achill off of Ireland’s west coast received a surprise when one of its beaches resurfaced after thirty years.

The beach is back! Storms washed away the sand in 1984, but freak tides around Easter returned it 33 years later. (: @vic_maruk)

Back in 1984 strong storms stripped away the 30 meter sandy beach near the village of Dooagh, leaving behind nothing more than rock pools.

Achill’s tourism industry is thankful for the return of the sandy beach, telling the Irish Times, “It’s enormously significant. Achill already has five blue-flag beaches and we are hoping in time it will be awarded a sixth.”

One of the best pictures of Keem Bay! Where have you taken your favourite photo on the Wild Atlantic Way? Pic by @alanclarkevideo #ireland #irish #island #achill #beach #travel #travelblogger #travelphotography #adventure #watersports #atlantic #wildatlanticway

The Irish island has a community of only 2,600 residents and forms part of the Wild Atlantic Way which draws in many tourists to its array of guest houses and bed & breakfast establishments.