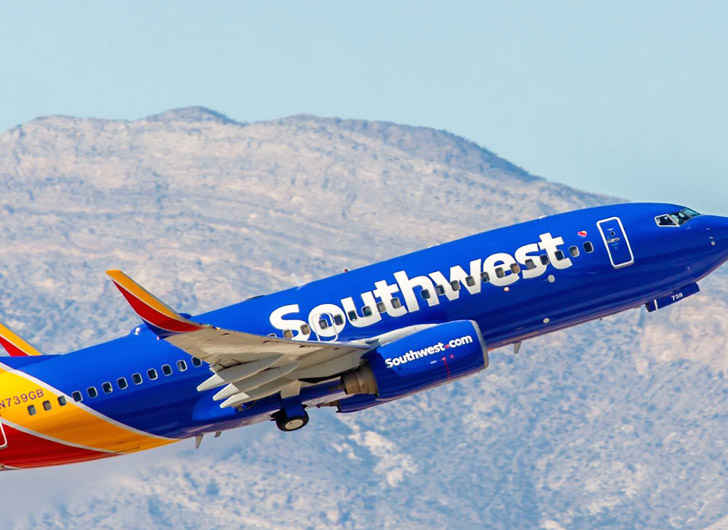 A Southwest flight from Chicago to Newark, New Jersey, was forced to make an unplanned landing after the outer pane of one of the windows cracked.

According to multiple media reports from passengers onboard Southwest flight 957, they heard a loud noise before noticing a jagged crack in the window.

Here is more information about a flight that made an unscheduled stop in Cleveland, where no emergency was declared: pic.twitter.com/QIzZiK187j

Since there was no depressurization in the cabin, oxygen masks were not deployed and the pilot did not declare an emergency instead requesting to be diverted to a nearby airport.

Just two weeks ago Southwest flight 1380 made an emergency landing after a jet engine blew apart smashing a window and causing the death of one passenger.

“It made you nervous because something like this just happened,” Southwest flight 957 passenger, Paul Upshaw, told the Associated Press. “We didn’t know if it was going to crack open. People just started scattering.”