Did You Know?
Eternal Flame Falls.  Due to a natural gas leak this waterfall in New York can be lit to produce a flame that is visible year round.  Occasionally the flame goes out and needs to be re-lit.
Red Beach.  This renowned tourist attraction in China brings 10's of thousands of visitors each year when the Suaeda Salsa plants bloom.
This sound isolating chamber is located at Orfield Laboratories in Minnesota.  It is so quiet sound is measured in negative decibels.
Built in Piercy, California, this roadside attraction includes a house called Gravity House that is full of optical illusions. 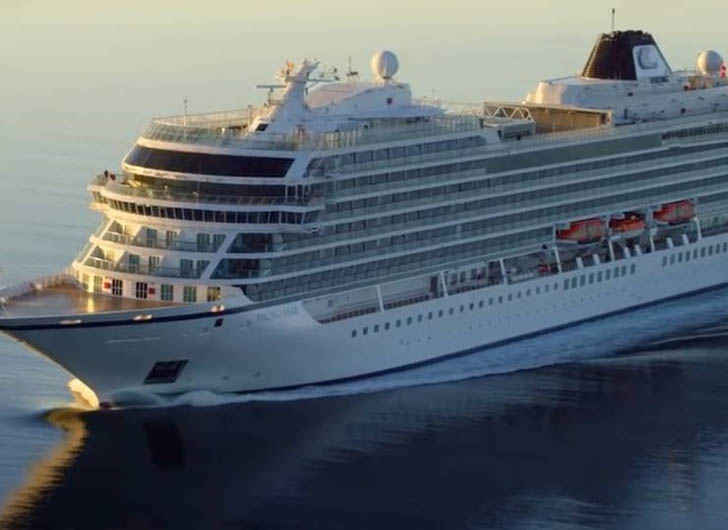 Viking Cruises have announced a new fabulous itinerary and it’s the stuff dreams – and bucket lists – are made of.

The longest-ever world cruise is here! Join Viking Sun as she circumnavigates the globe during our new Ultimate World Cruise, immersing yourself in the local cultures of 59 countries over the course of 245 days. #MyVikingStory https://t.co/JWh6yhmvit pic.twitter.com/zhCS2piGja

Their new Ultimate World Cruise will transport passengers lucky enough to have time and money to spend, on an epic 245-day journey encompassing 59 countries and 119 different ports.

The 930-passenger Viking Sun will depart from London on August 31, 2019 and travel to every continent except Antarctica. The cruise will begin by exploring the British Isles and Norway, before heading to Greenland, Canada, Bermuda, the United States and the sun-drenched Caribbean islands. From there the Sun will travel the Amazon River and allow passengers to experience the beauty of South America before heading up the west coast of Central America and the U.S. Next stop is the Pacific islands with stops in Fiji, New Zealand and Australia before cruising to several ports in Asia, including China, Singapore, Sri Lanka, India and Thailand. The Sun plans to visit Oman, Jordan and Egypt before cruising up the Suez Canal and visiting several different ports in the Mediterranean.

“For more than 20 years we have been offering guests the most culturally immersive journeys available in the industry and we are pleased to announce the most extensive itinerary in our history,” Torstein Hagen, Chairman of Viking said in a press release. “Our world cruises offer guests the rare opportunity to unpack once and explore dozens of the best destinations on earth.”