Did You Know?
Beepers weren't just for doctors and drug dealers in the '90s, it seemed like everyone had one! They were as much of a fashion trend than that of a functional way of communication!
David Ortiz also went by the name “Big Papi.” He earned the nickname from his habit of calling people “Papi” of those whose names he could not remember.
Hockey legend Wayne Gretzky earned the nickname “The Great One,” being noted as one of the greatest hockey players of all time.
Perhaps one of the sports stars with the most nicknames, Shaquille O’Neal went by all of the following nicknames “Shaq,” “Diesel,” “Big Aristotle,” and “Big Cactus,” among about a dozen others. 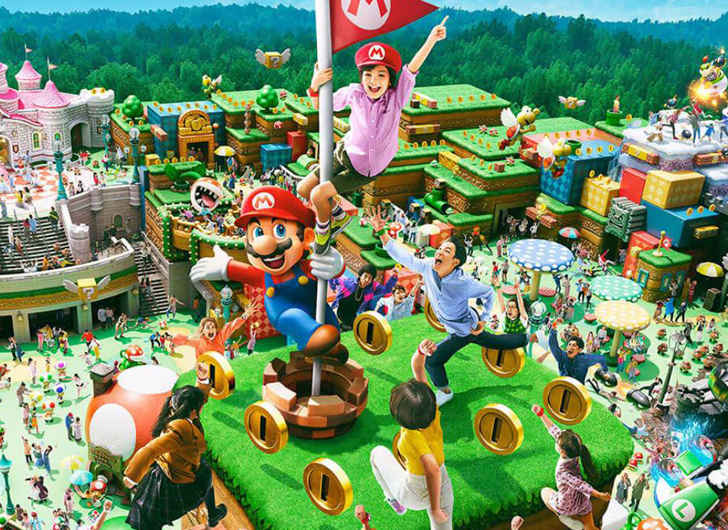 “Super Nintendo World will make its debut as the first multi-level land at Universal Studios Japan where Peach’s Castle and Bowser’s Castle tower over the area,” the theme park announced on its website. “It will feature Mario Kart- and Yoshi-themed rides and attractions, as well as restaurants, shops, and other experiences that can only be found at Universal Studios Japan.”


Visitors to the park, which was initially slated to open in 2020, can expect some rules and regulations in place due to the ongoing coronavirus pandemic.

“Universal Studios Japan has continuously engaged with the industry and various associations to establish and update the ‘Novel Coronavirus Spread Prevention Guidelines for Theme Parks and Amusement Parks,’” the park said. “The health and safety of our guests and team members have been and will continuously be our top priority at Universal Studios Japan and we are taking thorough sanitization enhancement measures in accordance with the guidelines and taking advice from health care authorities and medical experts.”

According to Travel+Leisure, the park will operate at a limited capacity with timed entry tickets and a mandatory mask mandate. Guests will also have their temperature taken at the entrance and have the use of numerous sanitization stations throughout the park.