Did You Know?
The Dead Sea, located in Jordan, is 10 times saltier than any ocean.  Because of this high salinity it causes everything to be much more buoyant.
Albert Christensen took 12 years building his home right into the rock in the Canyon-lands of Utah.  There are 14 rooms, and even a bathtub dug right into the rock!
Here in Land-bridge, Virginia you will find confederate and Yankee troops battling against dinosaurs, just like how it happened during the Civil War….
A long time ago in Wickenburg, Arizona there was no jail so criminals were simply chained to this tree waiting for the sheriff to come pick them up. 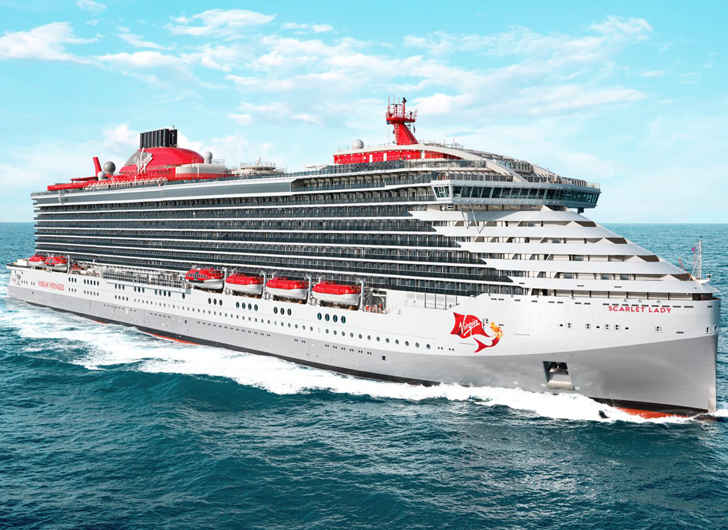 Richard Branson’s Virgin Voyages have announced their Scarlet Lady cruise ship will finally embark on her maiden voyage this fall.


The adults-only ship was supposed to sail from Miami to the Caribbean on her inaugural trip in April, however due to the coronavirus pandemic that sailing was postponed.

According to People, Virgin confirmed the Scarlet Lady will begin with a “soft opening” on October 16, but added that date “is reliant on current travel restrictions being lifted as planned.”

Voyage Well, our new safety & well-being plan, outlines what Sailors can expect before, during and after their voyage. From our ambitious goals for redefining safety at sea to our new industry-leading partnerships with AtmosAir Solutions & EcoLab ➡️ https://t.co/xEXOT04CMO pic.twitter.com/2d07EMEG20


In preparation, Virgin Voyages told People they have been working with health experts to ensure passengers and crew can cruise in safety. They have worked with scientists, clinicians and doctors to develop a health plan, called “Voyage Well” to implement “an environment built to tackle today’s global health crisis.”

“The health and wellbeing of our sailors is our number one priority, so we rolled up our sleeves with leading experts to further innovate and create an even healthier way to travel and still have an incredible vacation,” Tom McAlpin, CEO of Virgin Voyages said in a statement reported by People. “We appreciate some people will be apprehensive about traveling, so we are committed to being led by science and creating ways to give people confidence to explore the world while feeling safer, more relaxed and free to enjoy themselves.”