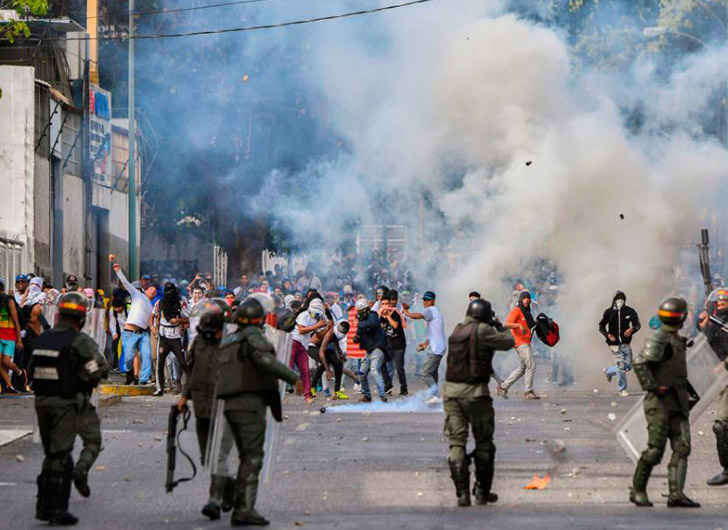 In the warning, the State Department raised its warning level from a 3 to a “Do Not Travel” level 4, citing, “crime, civil unrest, poor health infrastructure, and arbitrary arrest and detention of U.S. citizens” revealing, “Venezuelan authorities may not notify the U.S. Embassy of the detention of a U.S. citizen, and consular access to detainees may be denied or severely delayed.”

The Department has ordered the departure of non-emergency U.S. government employees and family members from Venezuela due to the political instability and economic crisis pervading the country. The current political climate in Venezuela is so bleak, U.N human rights chief, Michelle Bachelet, says the situation “could rapidly spiral out of control with catastrophic consequences.”

“Violent crime, such as homicide, armed robbery, kidnapping, and carjacking, is common,” the State Department warns. “Political rallies and demonstrations occur, often with little notice. Demonstrations typically elicit a strong police and security force response that includes the use of tear gas, pepper spray, water cannons, and rubber bullets against participants and occasionally devolve into looting and vandalism.”