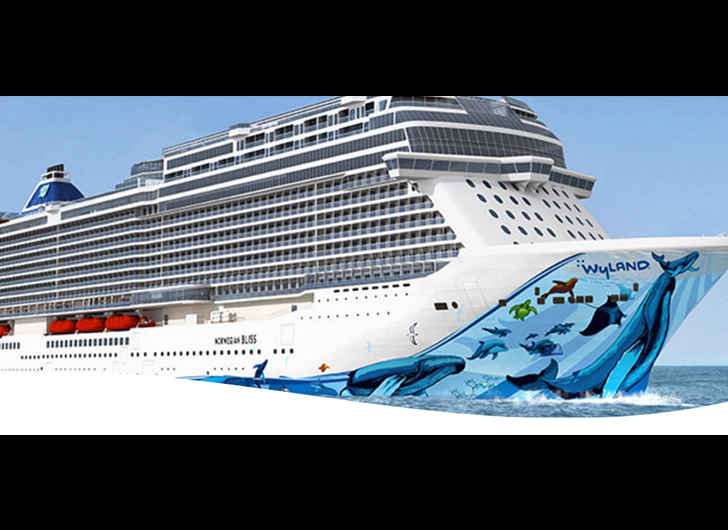 Norwegian Cruise Lines have announced their newest ship, the Norwegian Bliss, will have an actual race track built into its top deck.

The two-deck high race track will allow passengers to compete against one another driving electric powered go-karts.

The Norwegian Bliss will rank among the top ten largest cruise vessels in the world and will offer out-of-this world amenities including an open-air laser tag course, water fun zones for small kids and a full-service Starbucks!

The Bliss will feature an Aqua park with several multi-story water slides including one slide which will loop over the actual side of the ship.

The 167,800 ton ship will debut in April and spend its inaugural season sailing Alaskan waters before heading to the Caribbean, where it will sail out of Miami.