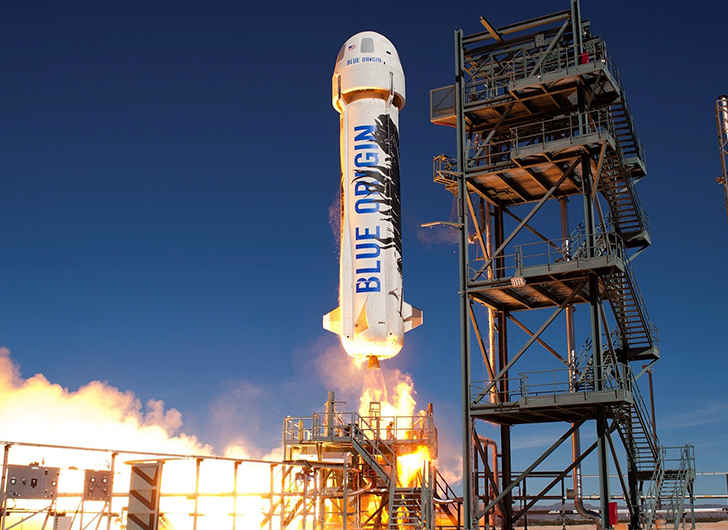 Congrats to the whole @BlueOrigin team on the fifth flight of this particular New Shepard vehicle. It’s another big step in demonstrating operational reusability. #LaunchLandRepeat pic.twitter.com/55LXBMdECP

According to CNN, the test marks the 11th time the company has tested ‘New Shepard’ with the company revealing earlier this year they were hoping to have Blue Origin open for business sometime in 2019.

Although no crew were reportedly aboard ‘New Shepard’ for this latest test, CNN is reporting the rocket was carrying 38 research payloads, including an experiment that tests treatment for a collapsed lung together with a student-led experiment to test temperature changes in microgravity.

Blue Origin hopes to send passengers more than 62 miles above the earth in what is usually determined to be the beginnings of outer space. According to CNN, passengers will enjoy a few moments of complete weightlessness before the capsule makes its descent back to planet Earth.