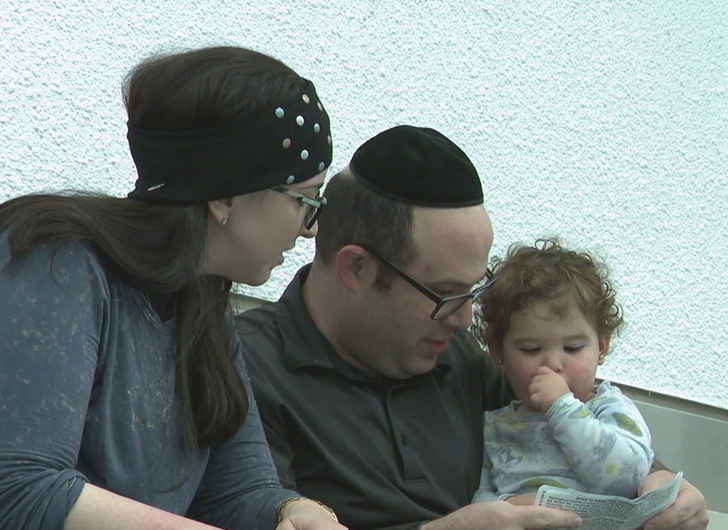 A family traveling back to Detroit from Miami were publicly humiliated after being kicked off the plane due to body odor.

According to the New York Daily News, Yossi and Jenni Adler were headed home after a vacation in Miami with their 19-month-old daughter, but shortly after boarding their American Airlines flight they were suddenly escorted off.

“All of a sudden, as soon as they took us off, they closed the gate and then they said, ‘Sorry, sir, some people complained you had body odor and we’re not letting you back on,’” Yossi Adler told local Miami news station Local 10 News.

“There’s no body odor that we have. There’s nothing wrong with us,” Adler told the news outlet.

According to the New York Daily News, American Airlines confirmed the Adler’s were removed from the plane due to body odor.

“The Adler family were asked to deplane last night after several passengers, along with our crew members, complained about their body odor,” American Airlines said in a statement. “The family were provided hotel accommodations and meals, and rebooked on a flight to Detroit today.”

As for the Adler’s, they are disputing American Airlines reason for removing them from the plane, with Jenni Adler even revealing they asked people at the airport if they had body odor after being kicked off the flight.

“We stopped several people in the airport and, it’s embarrassing, but we asked them, ‘Do you think we smell?’” Jennie Adler said. “Because we just got kicked off a plane for smelling.”

Adding insult to injury the family’s luggage, which American Airlines promised would be removed from the plane, went on ahead to Detroit leaving the Adler’s with only the clothes on their back and no car seat, or stroller for their toddler.