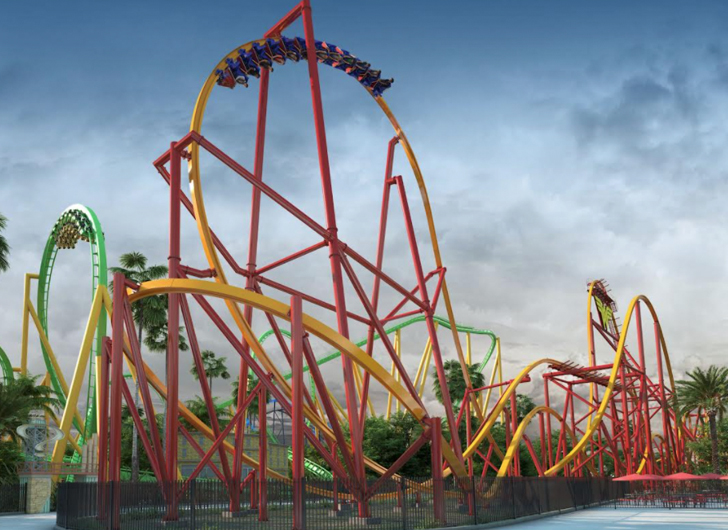 Visitors to California’s Six Flags Magic Mountain will soon be able to enjoy the thrill of riding the world’s tallest and longest single-rail rollercoaster.

The stomach-churning Wonder Woman Flight of Courage is slated to open to the public in the summer of 2022, Travel+Leisure reports – and with heights reaching 131 feet, riders will need a massive dose of courage.

Fly at speeds up to 58mph, towering 13 stories, through 3,300-ft. of track on WONDER WOMAN Flight of Courage – the tallest & longest single-rail coaster on the planet! 🌎🎢⭐️ Summer ‘22#SixFlagsMagicMountain #ThrillCapitaloftheWorld #BelieveinWonder #WONDERWOMANFlightofCourage pic.twitter.com/ZO8kJM2qdg


According to Travel+Leisure, Wonder Woman Flight of Courage will feature 3,300 feet of track with a nail-biting 87 degree first drop and speeds of up to 58 MPH.

The coaster will be built in the DC Universe area of the park, which Six Flags Magic Mountain is in the process of expanding with a new restaurant and bar experience.

“This is a historic milestone for our park as we introduce the latest addition to our unrivaled coaster dynasty,” Don McCoy, the park’s president, said in a statement reported by Travel+Leisure. “Our partnership with Warner Bros. Themed Entertainment makes this accomplishment even more exciting, as we integrate the legacy of an iconic DC Super Hero into the theming of the ride.”