Connect with us
Did You Know?
This festival is a combination of film, interactive media, music, and other conferences that happen every year in mid March.
The Silfra Rift.  This area in Iceland where two tectonic plates are separating is a fun place to scuba dive or snorkel.  Depending on the time of year this water can be very cold.
Great Blue Hole.  Belize is one of the best places in the world for diving, and this natural sinkhole is one of the most popular dive spots there.
The Banana Museum, located in Mecca, California, is all things banana.  There are thousands of banana related collectibles. 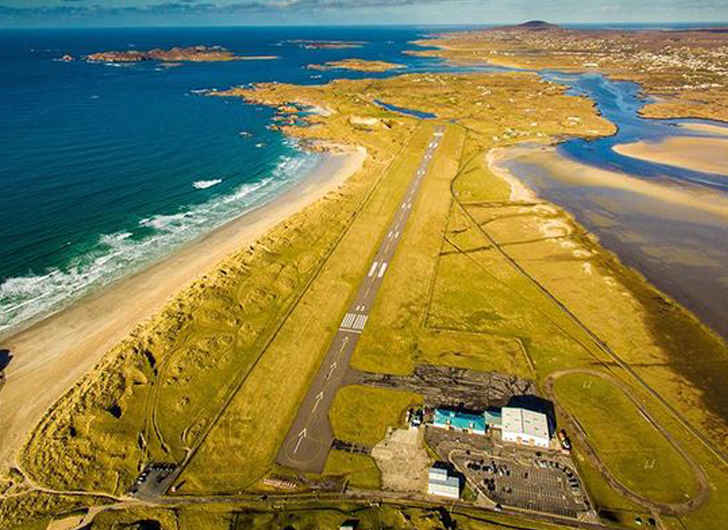 Flying can be boring, so why not add a little excitement to your air travel by flying into one of the world’s most scenic airports!


In a recent poll conducted by PrivateFly, 111 airports were tallied up according to the beauty of their surrounding scenery and according to Travel & Leisure the tiny airport of Donegal in the Republic of Ireland took top place.

This is why #Donegal airport continues to be voted amongst the most scenic in the world! Until next time Donegal! ❤️ #travel #discoverireland #ireland #wildatlanticway #wildatlanticwaydonegal #laveesha


According to Travel & Leisure, Donegal Airport, which is right on the Atlantic Wild Way offers passengers sweeping beach views along the Atlantic coastline, together with sights of Mount Errigal. Donegal Airport views are so well renowned it was used as a backdrop in Star Wars: The Force Awakens for the Millenium Falcon landing.

Rounding out the top ten list of most scenic airports in the world, according to PrivateFly are: