Did You Know?
The Wave.  Near the Northern border of Arizona, these rock formations are something to see.  To preserve its natural beauty there are no trail markers.
This sound isolating chamber is located at Orfield Laboratories in Minnesota.  It is so quiet sound is measured in negative decibels.
The Skip-It was a popular toy in the '90s. You would slip it around your ankle and swing it around 360 degrees which would allow you to "skip" over it. It even had a tracker for amount of rotations so you could keep track and try to beat your goal!
Former NBA star Allen Iverson held some impressive stats on the court during his 14-season career. He earned the nickname “The Answer” during his first season with the Philadelphia 76’ers, becoming ‘the answer’ to the 76’ers problems. 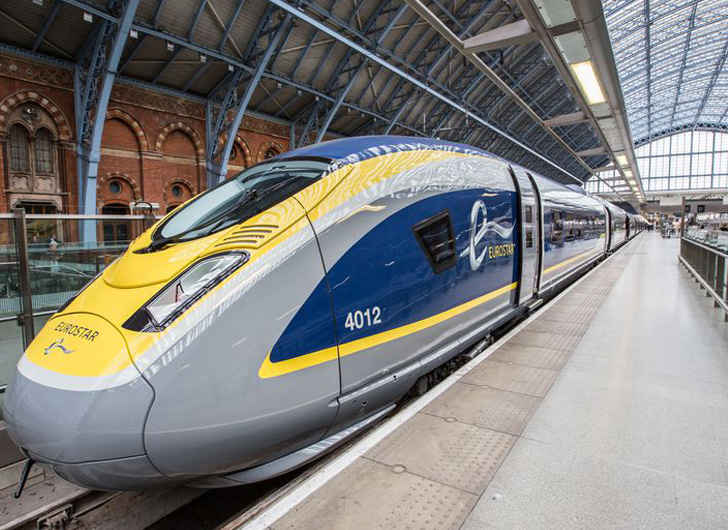 Eurostar has announced they will be launching a direct rail service between London and Amsterdam this April.

Thank you for being with us today. Whilst you are settling down for the night, you may think of all your travels to come. pic.twitter.com/MqTJhwxLgx

According to The Guardian, Eurostar will offer two daily services traveling from St. Pancras station in London direct to the Netherlands. The trip will take between three to four hours and tickets start from £35 each way.

Eurostar announced back in 2013 their plans to bring a London to Amsterdam route to their itinerary. The company have since tested the Dutch high-speed rail network and constructed Eurostar terminals in Rotterdam and Amsterdam.

More than 4 million people travel annually between London and Amsterdam by plane and the new rail service is expected to give airlines currently servicing the route a run for their money.

From the centre of London to the heart of Amsterdam direct by @eurostar from £35 one way. Starting 4 April. Tickets on sale from 20 February… 🇬🇧🚂🇳🇱 pic.twitter.com/VWiLi830JG

Although the new route will be up and running in April, direct service will not be available until the end of the year with The Guardian reporting rail passengers will have to connect through Brussels in Belgium for passport control “until the two governments complete an agreement allowing passport checks to be conducted in the Netherlands.”