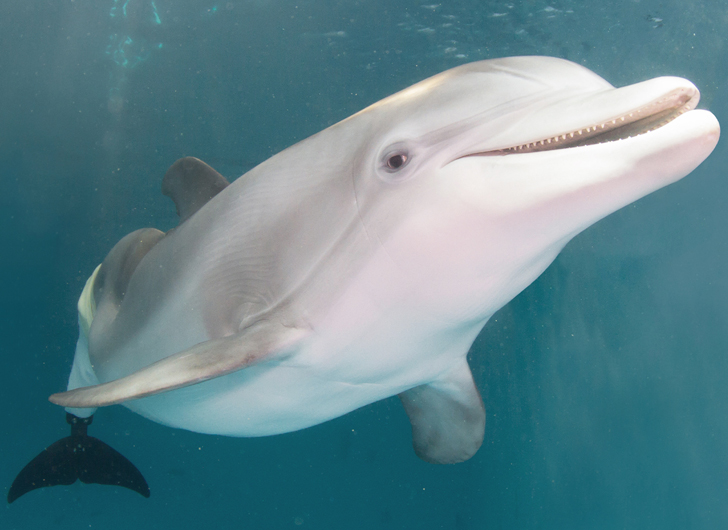 Winter, the dolphin whose story was featured in the movie Dolphin Tale, has passed away at the age of sixteen.

With heavy hearts, CMA announced tonight that Winter the Dolphin died at approximately 8 p.m. as animal care experts from around the country worked to treat her gastrointestinal abnormality. The CMA family is devastated.


“While we are heartbroken by Winter’s death, we are comforted knowing that our team did everything possible to give her the best chance at survival. We worked with specialists and marine mammal experts from around the country to provide her with the best care available. Our staff worked around the clock during this challenging time,” said Veterinarian Dr. Shelly Marquardt, DVM, CVA. “I’m honored to work alongside such dedicated and talented professionals who gave their all for Winter.”

Marquardt revealed the aquarium worked with specialists and marine mammal experts from around the world, but Winter’s condition turned critical and she died whilst being held by caregivers.

Winter touched hearts worldwide after her story about losing her tale and subsequently being fitted with a prosthetic one was featured in the hit movies A Dolphin Tale and A Dolphin Tale 2.

The Clearwater Marine Aquarium announced they would be closed on Friday to allow staff time to grieve Winter’s passing.