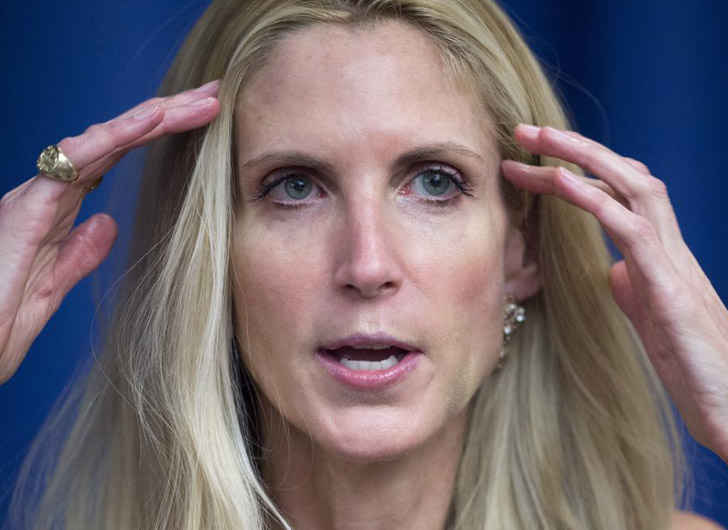 After conservative commentator Ann Coulter blasted Delta Airlines on Twitter for giving away her roomier preferred seat to another passenger, the airline has fired back.

"Why are you taking me out of the extra room seat I specifically booked, @Delta?' Flight attendant: "I don't know.” pic.twitter.com/a0M1faZXMu

.@Delta didn’t give my extra room seat to an air marshall or tall person. Here’s the woman given my PRE-BOOKED seat: pic.twitter.com/iDNB8xXXOd

Coulter was flying Delta on Saturday when her preferred seat she had paid extra for – a seat that gave her additional legroom – was given to another passenger with, what Ann claims, no explanation.

Hey @Delta, if it was so important for the dachshund-legged woman to take my seat, she should have BOOKED THE SEAT IN ADVANCE. Like I did.

Just when you think it's safe to fly them again, the worst airline in America is STILL: @Delta

Coulter blasted Delta with a barrage of tweets calling them the “worst airline in America.” She also published to her Twitter feed a picture of the passenger who was given her seat, calling her a “Dachshund-legged woman.”

She also blasted Delta’s flight crew, tweeting, “This will be a more pleasant flight, provided they don’t use @Delta flight attendants.”

Delta fired back on Twitter, calling Coulter’s comments “unacceptable,” tweeting, “We’re sorry you did not receive the preferred seat you paid for and will refund your $30…Additionally your insults about our other customers and employees are unacceptable and unnecessary.”

$30! It cost me $10,000 of my time to pre-select the seat I wanted, investigate type of plane & go back periodically to review seat options https://t.co/eaj1QOpvHq

According to Ann the $30 she paid for the preferred seat was worth $10,000 worth of her time spent picking it.

So glad I took time investigate the aircraft & PRE-BOOK a specific seat on @Delta, so some woman could waltz at the last min & take my seat.