Did You Know?
In 1906, Renault was the first ever Grand Prix winner, and then introduced the first turbocharged engine in formula one in 1977.
Pancake Rocks.  These rocks in New Zealand were formed by the accumulation of sand over thousands of years.  There are walking trails in between, and are actually wheelchair accessible.
Former MLB star Derek Jeter is also known as “Mr. November.” Just after midnight, the first MLB baseball game ever played in the month of November ended when Jeter hit a solo home run off Byun-Hung Kim of the Arizona Diamondbacks, winning Game 5 of the 2001 World Series.
This nickname could use some work. Although many call him GOAT (greatest of all time), he also goes by the nickname “Terrific Tom.” 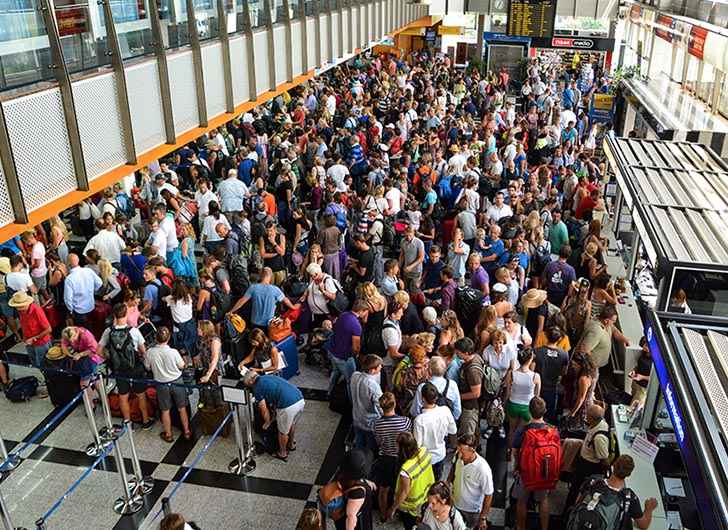 AAA predict a record-breaking number of Americans are expected to travel over the holidays, with the company revealing they believe the number will be around 115.6 million people.

According to Travel Pulse, the holiday travel period between Sunday, December 21 and Wednesday, January 1, will be the busiest since the company first started tracking holiday travel in 2000.


While the majority of those traveling are expected to do so via automobile, 6.97 million will travel via air – the largest figure since 2003. Travel Pulse reports travel via bus, rail and cruise will also increase this year.

“Holiday cheer is at an all-time high this year, with unemployment at historically low levels, and noted improvements in both disposable income and household net worth,” said Paula Twidale, vice president, AAA Travel, in a statement. “Travelers should be getting used to crowded highways and airports, as this marks the eighth straight year of new record-high travel volumes for the year-end holidays.”