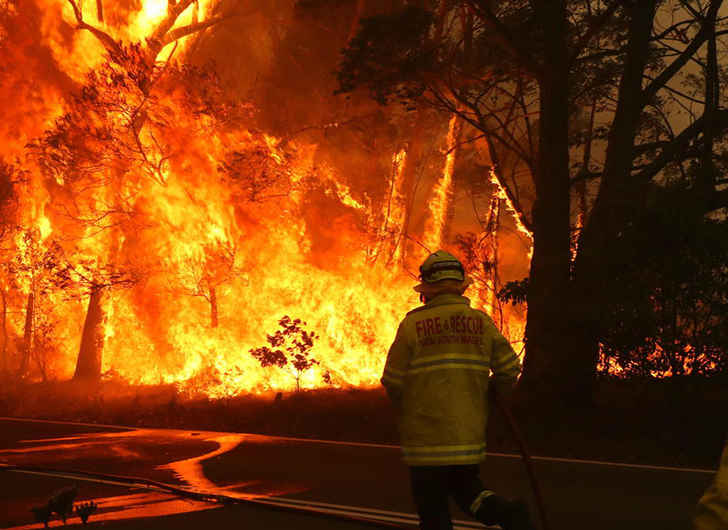 The US Embassy is urging American tourists vacationing in the southeastern region of Australia to leave as the country battles severe wildfires.


The Australian states of New South Wales and Victoria have both declared states of emergency as more than 200 fires burn across the region from Brisbane down to south of Canberra.

With Australia experiencing some of the driest and hottest conditions in recent weeks, experts fear the wildfires will increase over the weekend.

According to USA Today, authorities confirm at least a dozen fatalities from the fires. The toll on local wildfire is estimated to be in the millions.

The next group of American fire personnel to assist with the #NSWfires has just departed from Los Angeles – proud to lend Australian firies a hand. https://t.co/KWUMMr3vk0


Firefighters from California are en-route to help battle the fires ravaging the country.

The US Embassy in Canberra have ordered a tourist leave zone on the South Coast of the Australian State of NSW, urging anyone visiting the South Coast – in particular the area from Batemans Bay to the Victorian border – to leave before Saturday.