Connect with us
Did You Know?
The Seven Giants.  In Russia these 7 rock pillars stand, and locally are called the seven strong men of Russia or the little mountain of the gods.
Salar De Uyuni.  Located in Bolivia, this is the world's largest salt pan.  When a thin film of water accumulates it becomes the world's largest natural mirror.
Richat Structure.  This 30-mile wide structure in the desert of Mauritania has an interesting shape.  Is it a huge fossil, or a spacecraft landing site?
Silly Putty came in a plastic egg container and its silicone property allowed it to be stretched and formed into various shapes. If rolled into a ball, it would bounce on hard surfaces. 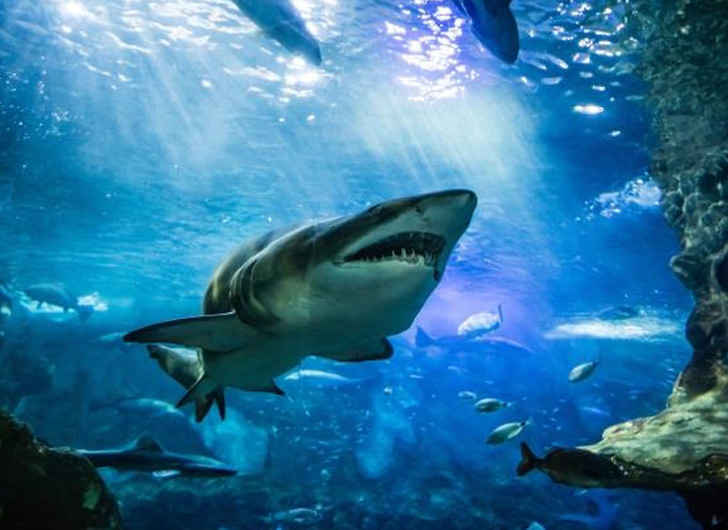 After a double shark attack closed a Florida beach, wary beachgoers have been allowed to return now that it has been reopened.

It was during a busy Friday afternoon Fernandina Beach in Northern Florida played host to two separate shark attacks with the Fernandina Beach Fire Department receiving a call that a 30-year-old man had been bitten. The next call came just three minutes later when a 17-year-old was attacked at a spot just one mile south.

According to Reuters, the beach was immediately closed with ocean rescue services on the lookout for “dangerous beach life.”

Whilst shark attacks are quite common on Florida’s Atlantic coast, they normally happen further south from the northern beaches where Fernandina is located and although both shark attack victims were in stable condition with non-life threatening conditions, both attacks happened in shallow water.

“I was in 2 feet of water, or less, lying on my stomach…and I felt something grab on my foot and pull,” the 30-year-old victim told local news station News4Jax. “I reached down for my foot. I put my hand on his head – he was probably 4 – 5 feet – and when I did that he released and left.”

Reuters are reporting the 30-year-old victim thinks the shark was either a black tip shark, or a nurse shark. It is unclear whether one or two sharks were involved in the incidents.