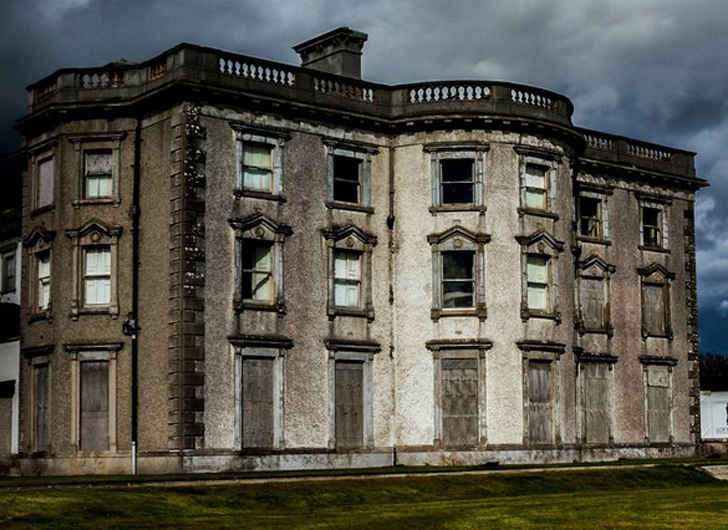 The most haunted house in Ireland has hit the real estate market and is seeking a new, fearless, owner.


According to Insider, Loftus Hall in Wexford, Ireland is on the market for $2.9 million and comes with a whole slew of scary ghost encounters along with a private beach and 63 acres of land.

Insider reports Loftus Hall was once home to Anne Tottenham, who, in 1775, reportedly had an encounter with the devil himself.


It was a dark and stormy night when Anne’s family welcomed in a stranger, only to find the man had hooves instead of feet. After the stranger shot through the roof in a ball of flames, Anne entered a state of madness and shock and was locked up by the family in one of the mansion’s rooms where she died a few years later.

Since then the mansion has welcomed intrepid visitors looking to experience paranormal activity, many of whom reportedly hear Anne Tottenham’s footsteps echoing through the hall at night.

According to Insider, the owners of the 22 bedroom mansion are looking for a new owner who will keep Loftus Hall open to the public.


“Yes, it’s bricks and mortar has a value, and the acreage has a value,” Loftus Hall owner Aidan Quigley told Insider. “But it has so much heritage and history, and that’s the value of Loftus Hall.”

“Loftus Hall is more than a house. It is a business, and we’ve invested so much in the brand, but it also allows people to buy into a part of history,” Quigley told Mansion Global.