Connect with us
Did You Know?
Cano Cristales.  This Colombian river actually turns red during the summer months.  Known as the “Liquid Rainbow,” it is actually the plants that change color, not the water itself.
You can find this replica of England's Stonehenge in Alliance, Nebraska.  In the 1980's Jim Reinders built Carhenge as a memorial to his father.
The Paper House is located in Rockport, Massachusetts and was the idea of Elis Stenman.  He wanted to build a summer home out of newspapers...for fun.
This piece of fashion jewelry is known as the mood ring which contains a thermochromic element, such as liquid crystal, that changes colors based upon the temperature of your finger. It comes with a color chart to identify what 'mood' you were in. 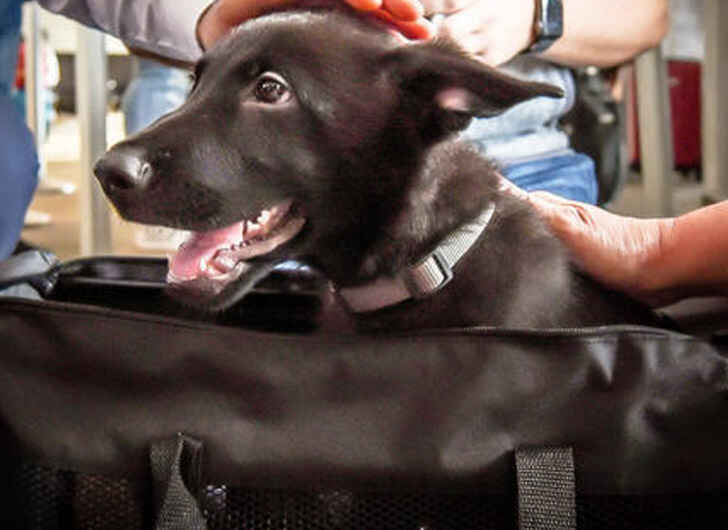 An adorable pooch left abandoned at San Francisco International Airport has found its fur-ever home with a United Airlines pilot!

According to the New York Post, the 6-month-old German Shepherd arrived from China last August at San Francisco International Airport. When its owner couldn’t produce the proper documents, he abandoned the dog and continued on his trip to New York City.”

The CDC would not allow the dog to enter the country due to rules regarding animals from countries with a high risk for rabies.

“The initial options were very grim. He would be euthanized upon getting back to China or locally put down,” airline rep Vincent Passafiume told the Washington Post.

According to the New York Post, United urged the CDC to reconsider its ruling about the dog, which they nicknamed Polaris after its business class. Fortunately for Polaris, the CDC allowed the dog to enter a four-month quarantine at the Los Angeles quarantine station.

And when it came time to find Polaris a new home, United had one request.\

“We really wanted him to go to someone in our United family, because of how much our team rallied around him,” Passafiume said.

After receiving 35 adoption applications from United employees, the San Francisco SPCA chose Capt. William Dale, a seven-year United veteran who recently moved to the Bay Area with his family.

“It’s a great feeling to see this story come full circle and that Polaris will have a loving home with United Airlines Captain Dale and his family,” Passfiume told the Washington Post.