Did You Know?
Lake Natron.  This extremely alkaline lake in Tanzania is known to petrify all the animals that die in it.  Due to the high levels of sodium bicarbonate anything that enters become calcified.
Christ of the Abyss.  Guido Galletti created this 2.5 meter tall statue of Christ and submerged it in Italy.  Another great diving spot for sure!
This sound isolating chamber is located at Orfield Laboratories in Minnesota.  It is so quiet sound is measured in negative decibels.
Here in Land-bridge, Virginia you will find confederate and Yankee troops battling against dinosaurs, just like how it happened during the Civil War…. 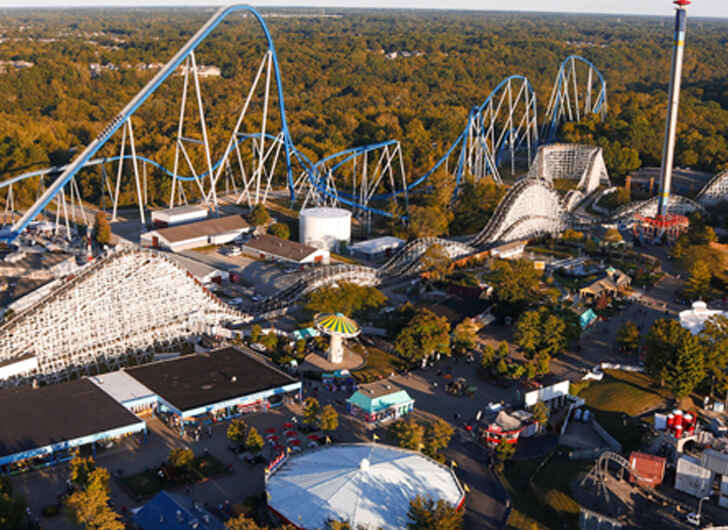 Cincinnati’s Kings Island has been awarded the 2022 Park of the Year by Amusement Today.

According to The Enquirer, the Ohio theme park received the award over the weekend at the 2022 Golden Ticket Awards in San Antonio, Texas.

We are honored to have been named Park of the Year by Amusement Today. Blog: https://t.co/0fFtp87Vqi #KingsIsland pic.twitter.com/0Yx7kY7ifx


Kings Island revealed in a blog post that the park was chosen personally by Gary Slade, publisher and editor-in-chief of Amusement Today, because of its important history, its excellence in providing record-breaking rides, and its commitment to quality, maintenance and extreme safety in the amusement and theme park industry.

All good things must come to an end. Fun, Fireworks and Fifty – A Kings Island Nighttime Spectacular, which pays tribute to our 50th anniversary season, ends its limited time summer run tonight at 10 p.m. as we close out the 50th celebration. #KI50 pic.twitter.com/UMRV1kLy4D