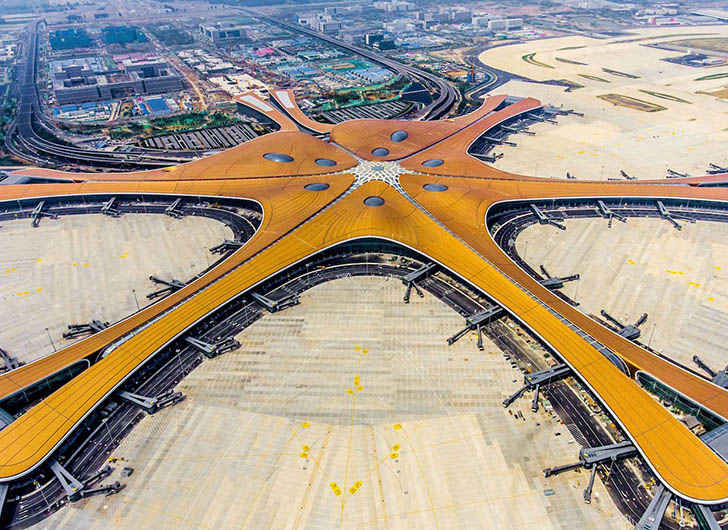 Coming in at a whopping 11,000,000 square feet and costing a reported $16 billion to construct, China’s Beijing Daxing Airport is set to open this week.

Beijing Daxing International Airport is the second international airport in Beijing, China. Currently under construction, it is expected to open on September 30, 2019, and plans to accommodate 620,000 flights and 100 million passengers per year by 2025. The terminal building, seen here, is the second-largest single-building airport terminal in the world, with an area of more than 11 million square feet (1 million sq. meters). /// Image by @seven7panda


Nicknamed “The Starfish” by Chinese media, the airport was designed by the late architect Zaha Hadid and features the world’s largest terminal.

According to China’s state media agency, the terminal houses arrivals and departures on two floors, which then splits into six different arms.

According to CBS, customer-service robots will be on hand to provide travelers with airport information and flight updates, with Beijing Daxing eventually seeing high-speed rail, inter-city services, and downtown-to-airport express trains all stopping right beneath the terminal to provide travelers fast access to Beijing.