Did You Know?
This company was started in 1914, and only worked on tuning other manufacturers vehicles, in 1926 they produced their first car.
Crooked Forest.  This forest in Poland has very odd growing trees.  What caused these trees to grow like this is a mystery.
House of Eternal Return.  In Santa Fe, New Mexico there is a place that is half haunted house, half Dr. Seuss novel, funded by Game of Thrones author George R.R. Martin.
The flavors that do not make the cut wind up here in Waterbury, Vermont.  If you ever visit Ben and Jerry's don't forget to pay tribute to these fallen soldiers. 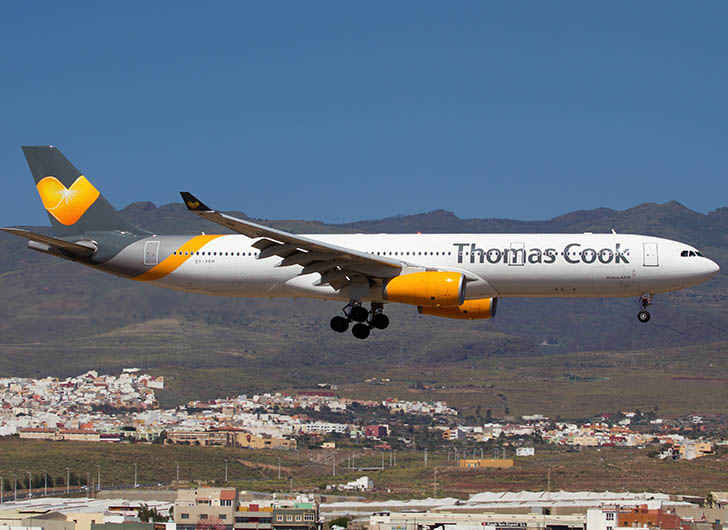 Thousands of tourists have been left stranded across the globe as British tour operator Thomas Cook suddenly went into liquidation overnight.

We are sorry to announce that Thomas Cook has ceased trading with immediate effect.


According to various media outlets, the 178-year-old company – which is the oldest tour operator in the world – has filed for bankruptcy leaving approximately 600,000 tourists stranded as far afield as Malaysia.

The news comes after what the AFP calls a “lengthy period of chronic financial turmoil after a disastrous 2007 merger deal.” Thomas Cook, which was founded in 1841, failed to secure £200 million ($250 million) from private investors and collapsed in the early hours of Monday morning, according to the AFP.

The Telegraph reports the company’s 21,000 employees worldwide have lost their jobs.

Last ever #ThomasCook flight in the UK landing into Manchester airport just now. Awfully sad to see so many job losses in an industry I love pic.twitter.com/AxfIoDRfjP


The UK Civil Aviation Authority (CAA) issued a statement, simply saying, “Thomas Cook Group, including the UK tour operator and airline, has ceased trading with immediate effect. All Thomas Cook bookings, including flights and holidays, have now been cancelled.”

The British Government has launched emergency plans to bring home some 150,000 UK tourists from locations including Croatia, Cuba, Turkey, and the USA.

WATCH: Thomas Cook's final 48 hours in the sky, and its last flight, as the company collapsed pic.twitter.com/6r3zlhdSPl

“I know that this outcome will be devastating to many people and will cause a lot of anxiety, stress and disruption. First I want to apologize to my 21,000 colleagues who I know will be heartbroken. You all fought so hard to make Thomas Cook a success.”

“Secondly I would like to say sorry to all our customers — those who are on holidays with us now and those who have booked with us in the coming months. My colleagues will be working with the Civil Aviation Authority to help with the repatriation.”

“Finally I would like to apologize to the many thousands of hoteliers and suppliers who have stuck by our business in good times and in bad, and who now face difficult financial choices of their own. It has been my privilege to lead Thomas Cook. It is deeply distressing to me that it has not been possible to save one of the most loved brands in travel.”