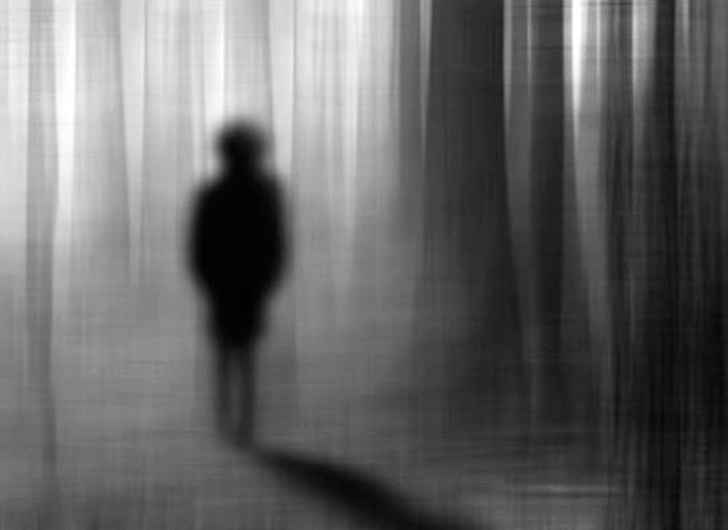 Buckle up, ghost hunters! Insider has just revealed the most haunted roads in America and passengers will be in for an eerily bumpy ride this Halloween.

Insider teamed up with CarRentals.com to come up with a list of the most haunted roads in the United States, said to be plagued by ghosts and paranormal activity.

Of course, behind every haunted road is an equally chilling mysterious story.


According to Insider, urban legend has spinned numerous stories about boy scouts being murdered by their scoutmaster, or bus driver. Others say the scouts met their deaths due to a fiery bus crash. Either way travelers along the road say they have witnessed ghostly lanterns, shadows, and small handprints on the trees.


Insider reveals Riverview Drive is named Annie’s Rd, after Annie – who legend has it was hit by a truck and killed on her prom night in the 1960s. Reports of screams, mysterious fog and experiencing interference on cell phones and cameras have all been reported. Eerily enough the road backs up to a cemetery.

Why not visit one of America's most haunted roads this Halloween 👻 Route 2A. "It's a stretch of road up north in Maine that's never, ever, ever seen a smile if they buried all the truckers lost in them Woods there'd be a tombstone every mile." 🎶 Song by Dick Curless, Photo by David Clow #Maine #MaineLife #Haunting #HalloweeninMaine #newengland #route2A #DickCurless


According to Insider, Route 2-A is a particularly treacherous road, thanks to its many curves which become dangerously covered in snow and ice during the winter. Adding to the danger are reports of truckers seeing the ghost of a young girl on the side of the road. Other motorists have witnessed a woman begging passersby to help her husband, only to eerily disappear when approached.


A redheaded man, dressed in a flannel shirt and jeans has been spotted along this road, with drivers revealing the man seems to be smiling eerily. According to Insider, the apparition is so lifelike, one driver pulled over to pick him up only to have the man fade out of the backseat. Creepy.

Not only do you have to worry about the hitchhiking ghosts on Archer Avenue, but it was reportedly the home of a dance hall that the Devil himself was pretty fond of. ⠀⠀⠀⠀⠀⠀⠀⠀⠀ ⠀⠀⠀⠀⠀⠀⠀⠀⠀ If you want to know more about all the haunts hanging around Archer Avenue (and there are lots), check out the link in our bio: 'This Is Undoubtedly The Most Haunted Stretch Of Road In America.'⠀⠀⠀⠀⠀⠀⠀⠀⠀ ⠀⠀⠀⠀⠀⠀⠀⠀⠀ #graveyardshift #archeravenue #hitchhiker #ghost #haunted #kaiserhall #devil #ghoststory #travel


According to Insider, Archer Avenue is haunted by a woman known as “Resurrection Mary.” Legend has it Mary was a young woman who stormed out of a dance after getting into a fight with her boyfriend, only to be hit by a car and killed along the same stretch of road she now haunts.

Took a #spookysunday drive down my favorite local Weird NJ road earlier. Winding along Jenny Jump state forest lies Shades of death road. As the names suggest, the area is deep rooted with tragic history and paranormal folklore, it also hosts a hotbed of strange and unusual places along its path, most of which are accessible to the public. I only stopped at Ghost Lake for some sunset photos today, didn't take the trail to the fairy hole or up to the caves, maybe once the ticks die off. #shadesofdeathroad #hauntedplaces #weirdnj #ghostlake #jennyjumpstateforest #jennyjump #paranormal #sacredspace #supernatural #omens #ghosts #haunted


Another New Jersey road makes the list of the ten most haunted roads in America with the aptly named Shades of Death Road in Warren County. According to Insider, the street gets its name from a series of grisly murders in the 1920s and ’30s.

Ranked on many top 10 lists for haunted roads in the United States, Kelly Road holds a dark past and hosts many Paranormal phenomena. We’ll be visiting and spending some time at this spot once the weather breaks a little. Until then, check out our latest blog post on the history of Kelly Road: https://ironcityparanormal.wordpress.com/2018/12/03/kelly-road-history/ #kellyroad #ohiovillepa #hauntedpittsburgh #ghost #adventure #hauntedpa #ironcityparanormal


Also known as “Mystery Mile” Kelly Road is said to be haunted by a couple who died on the road after their carriage flipped over. Drivers on the road say they have heard the sounds of a carriage crashing and cries for help.


Not only is Dead Man’s Curve named for a dangerously scary sharp turn along the road, but it is also named for a hitchhiker who died in a crash at the intersection of Route 222 and Route 125 in the 1960s. The faceless hitchhiker is said to haunt the road in the early hours of the morning.

A post shared by Little Itch Photography (@littleitchphotography) on Jul 16, 2018 at 5:54pm PDT


Insider reveals local folklore claims “The Ghost Boy of Clinton Road” will return coins people throw into the creek. Visitors even say they have seen the boy’s reflection in the creek waters. Adding to the spookiness of the road are tales of alien activity and Satanic cult activities.

How many of you have experienced something on Riverdale Road? Hit my bio to see a REAL ghost story! #thornton #colorado #riverdaleroad #ghosthunting #youtuber #fear #dead #deadtime #coloradosprings #stanleyhotel


Along the 11 miles spanning Riverdale Road between Thornton and Brighton in Colorado, several urban myths and legends tell of mysterious happening and spooky experiences. One such tale features a section of the road known as “Jogger’s Hill” where a ghostly jogger bangs on cars and leaves handprints on the windows.