Did You Know?
UFO Watchtower.  In Hooper, Colorado, Judy Messoline set up an observation tower and campground.  You might spot a UFO, but if not at least there is a gift shop.
Go to Middletown, Connecticut to see a strange variety of objects.  There is also a giant fun house you can walk through.
These dolls, known as Cupcakes Dolls, transformed from a cupcake into a doll and even came in different yummy scents such as Strawberry Shortcake and Cherry Merry Muffin.
A step up from the Big Wheel is the Power Wheel! These battery-powered ride-on toys allowed for kids to 'drive' their own car! This was definitely on a birthday wish list if you were a kid in the '90s! 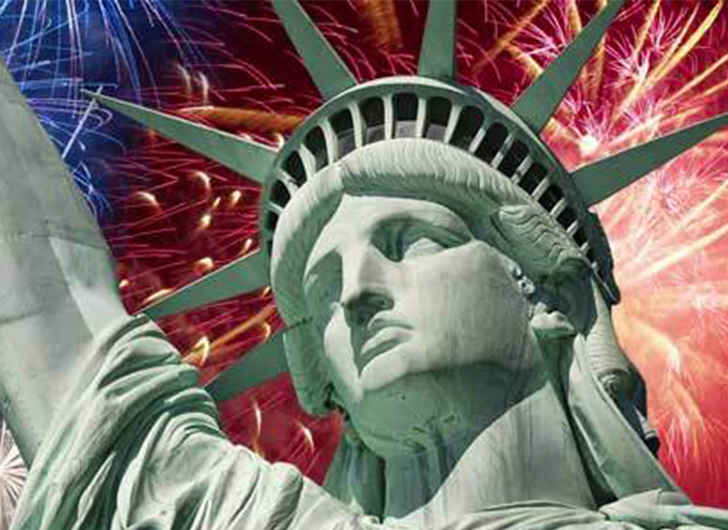 When it comes to celebrating Independence Day every city across the U.S. has its own way of celebrating the special day. From fireworks to neighborhood barbecues, parades to beach bashes, Americans households are anticipated to spend $6.8 billion on celebrating the Fourth of July.

In preparation of this year’s Independence Day, Wallethub has compiled a list of the best – and worst – cities in America to celebrate July 4th by comparing the 100 largest cities to see how well they balance fun and the financial cost of celebrating America’s birthday.

Not sure where to watch the #fireworks this #4thofJuly? See which cities are best at balancing costs and fun: https://t.co/bu07nK8Qbu pic.twitter.com/8TvXxOl0Vb

Wallethub looked at several criteria, including weather, the duration of firework shows, and the average beer and wine prices in the city.

Did your city make the list? The top ten places to celebrate, according to Wallethub are:

The cities at the bottom of the 100 list, according to Wallethub are: