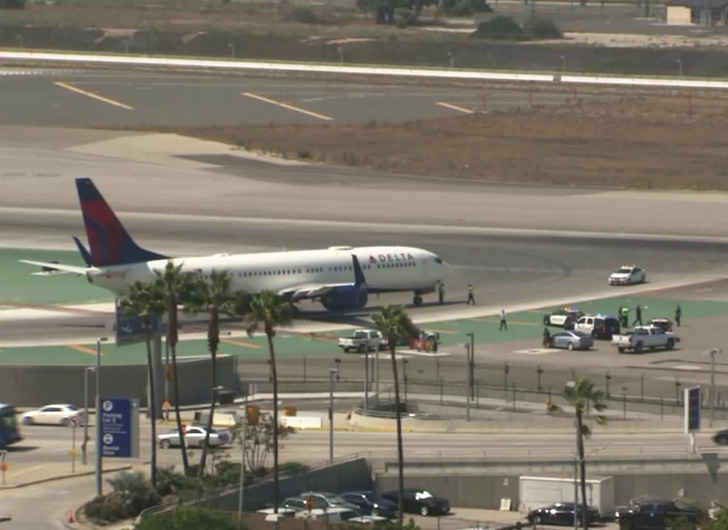 An unidentified man jumped a fence at Los Angeles International Airport and began doing push-ups on the runway before being apprehended by police.

Police were able to grab the energetic offender when he began running near a Delta Airlines jet.

The view from our @Delta flight at LAX. A guy ran onto the runway and started doing push-ups. Swiftly apprehended by @LAAirportPD before he could transition to sprints. @flyLAXairport #LAXPD pic.twitter.com/otYpZDO9cT

Passengers onboard a nearby plane were able to share shots of the random event to social media, with one Twitter user Chad Ridgely sharing the man “started doing push-ups.”

Planes in the vicinity were delayed as police performed a security sweep of the area, closing down the airfield for around 20 minutes.