Connect with us
ADVERTISEMENT 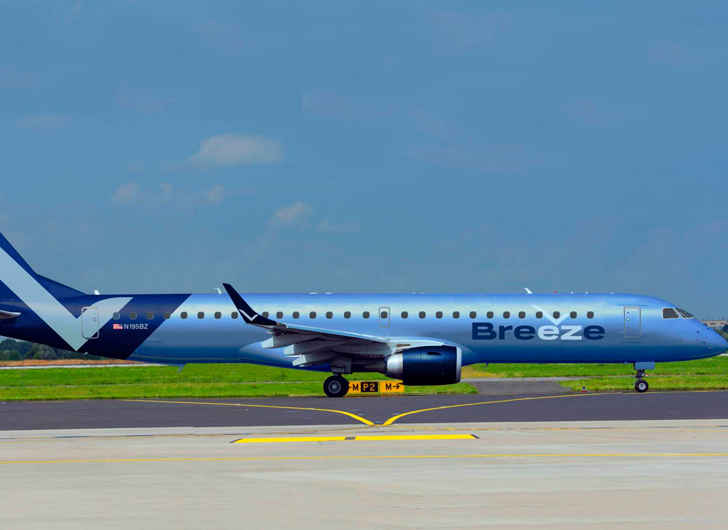 The founder of JetBlue has launched a new domestic airline aimed at U.S. routes others have left behind.

According to Business Insider, JetBlue founder, David Neeleman announced his new airline will be called Breeze.

“We think there’s a market where you can go with a smaller plane with a lower trip cost and service these cities that have been forgotten or neglected,” Neeleman said in a statement. “There are literally hundreds and hundreds of city pairs that are crying out for non-stop flights.”

▫️Breeze has 60 Airbus A220-300s on order, with deliveries set to begin next year. The company has also leased 30 Embraer E195 aircraft from Azul. pic.twitter.com/CMLZTWIPE2


Initially named Moxy, Business Insider reports the airline has been under discussion for several years with Neeleman aiming for the airline to launch point to point flights in markets that bigger airlines have overlooked.

“20 years ago, we brought humanity back to the airline industry with JetBlue,” Neeleman said in a press release. “Today, we’re excited to introduce plans for ‘the World’s Nicest Airline’.”

Neeleman hopes to begin commercial operations by the end of 2020.