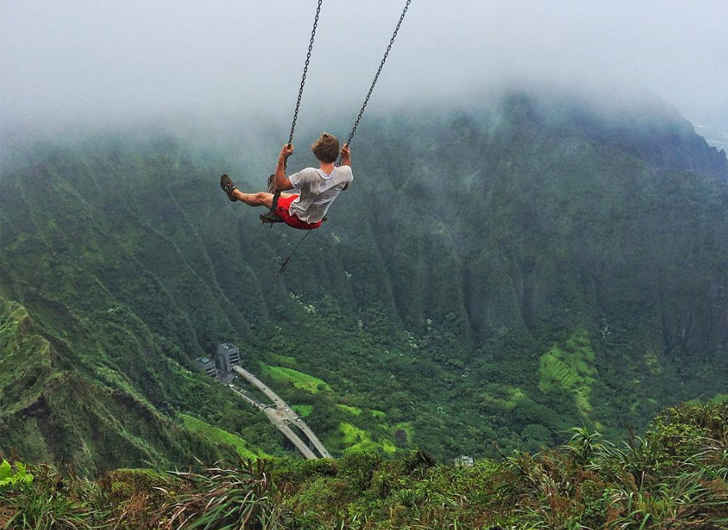 Adventure seekers are making their way to the forbidden hiking trail, “Haiku Stairs,” a.k.a. “Stairway to Heaven,” located in the Koolau Mountains on the Island of Oahu in Hawaii, to ride on a swing placed on the mountaintop. 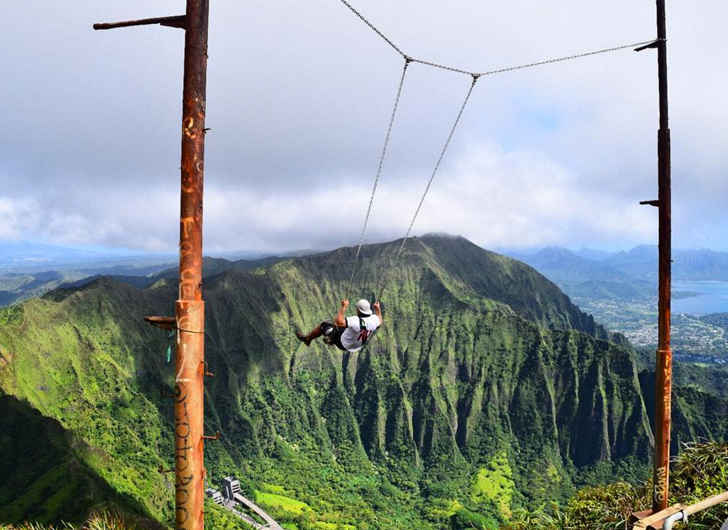 It is unknown who installed the swing set, but thrill-seekers are flocking to the location, to ride the highly-dangerous contraption. 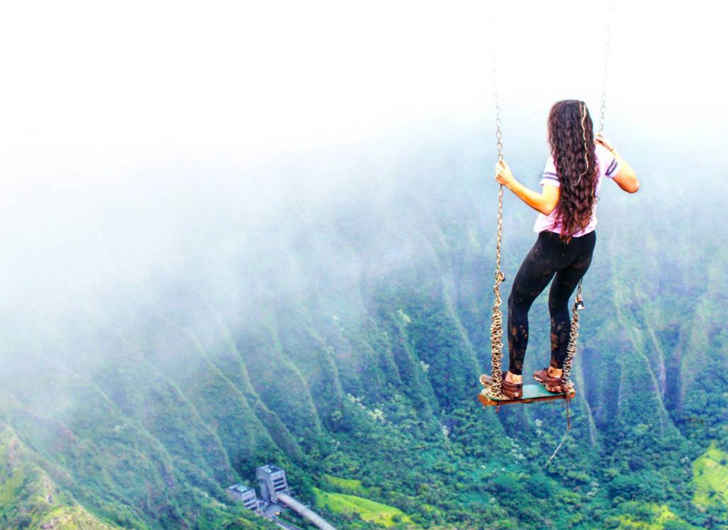 The hike is illegal and forbidden to tourists for its treacherous conditions and safety concerns to the public. If caught hiking the 3,922 steps up the mountain, or caught riding the swing, you will be fined. 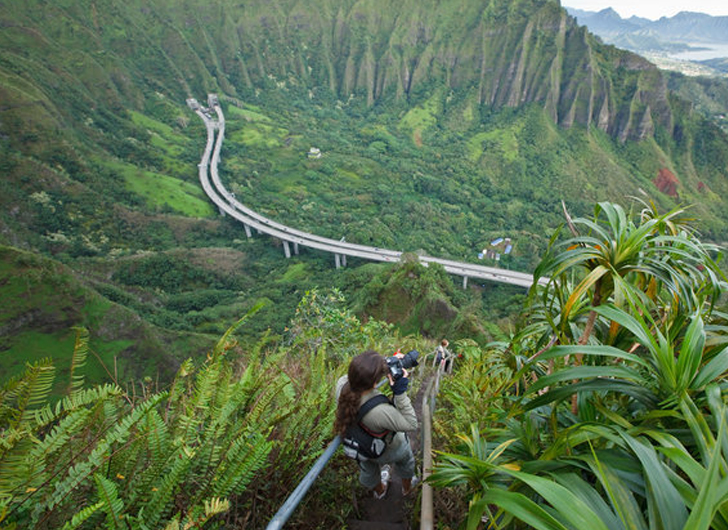 The hike, a staircase that climbs 2,120 feet high is popular due to its breathtaking and stunning views.

The swing is located on land owned by the Board of Water Supply who plan to remove the swing in the next few weeks. In a statement released by a BWS spokesperson, “The Board of Water Supply has been aware of this for a few weeks and has been working on options to remove it. In the meantime, we would like to remind people that the Haiku Stairs is closed and that people hiking up there are trespassing and can be subject to fines of up to $1,000.” The statement continued, “The BWS does not know who is responsible for the installation of the swing, which it regards as highly dangerous and irresponsible, and strongly opposes any attempt to access it.”