Did You Know?
Christ of the Abyss.  Guido Galletti created this 2.5 meter tall statue of Christ and submerged it in Italy.  Another great diving spot for sure!
The House on the Rock is a tourist destination between the cities of Dodgeville and Spring Green in Wisconsin.  This large structure houses one of the largest collections of bizarre objects in the world.
The world's smallest church is located in Oneida, New York and is in the middle of a Lake!  With less than 30 square feet, there is only room to accommodate the bride, groom, and person marrying them.
During the 1990s, Pizza Hut restaurants were popular, mostly due to their all-you-can-eat buffet. The family establishment always served your beverage in these ribbed plastic red cups. Oh the nostalgia. 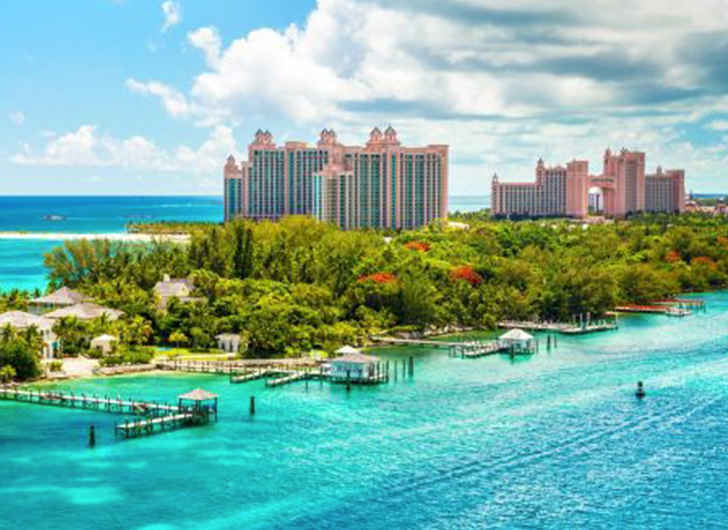 An uptick in violent crime has led the U.S. Department of State to issue a travel advisory for those traveling to the island nation of the Bahamas.

According to the travel advisory, which now places the Bahamas at level two, those visiting the country should exercise increased caution.

The advisory warns the vast amount of crime occurs on New Providence and Grand Bahama islands citing violent crimes such as burglaries, armed robberies, and sexual assault are common even during the day and in tourist areas. They especially warn of activities focused on water sports, such as jet-ski operators who are known to commit sexual assaults against tourists, and watercraft tours which may not be safely regulated.

The U.S. Department of State has issued the following guidelines for those traveling to the Bahamas:

Exercise caution in the area known as “Over the Hill” (south of Shirley Street) and the Fish Fry at Arawak Cay in Nassau, especially at night.

Do not answer your door at your hotel/residence unless you know who it is.

Do not physically resist any robbery attempt.

Enroll in the “Smart Traveler Enrollment Program” (STEP) to receive Alerts and make it easier to locate you in an emergency.

Review the Crime and Safety Report for The Bahamas.

U.S. citizens who travel abroad should always have a contingency plan for emergency and medical situations. Review the Traveler’s Checklist.

The Bahamas Ministry of Tourism issued a statement saying, “The Ministry of Tourism & Aviation is aware of the recent update to the U.S. Travel Advisory for The Bahamas. We would note that overall their guidance to citizens remain a Level Two advisory recommending caution, but not actually urging delay or cancellation of travel plans to our islands. We recommend that travelers to any destination maintain awareness of their surroundings and exercise basic precautions, as they likely would in their home cities and when not on holiday.”

“In reality, the vast majority of our 6 million annual visitors do so without any incident whatsoever,” the statement reads. “According to Royal Bahamas Police data for 2018 there were only 43 incidents involving tourists, of which 30 involved U.S. nationals and nearly all were minor offenses. The Ministry of Tourism appreciates the efforts of law enforcement and congratulates authorities on the progress they have made in significantly reducing serious crimes like murder (-25%), armed robbery (-18%), attempted robbery (-19%) and shoplifting (-23%).”

“The safety of residents and visitors is of paramount importance. Efforts to maintain and improve security are a constant priority for Bahamas authorities as is true for all governments,” a statement from the Bahamas Ministry of Tourism reads. “Safety and security on land and at sea is critically important for visitors and for the Bahamian people. Aggressive efforts are underway across all relevant Bahamian ministries and departments to ensure that our islands remain a destination that provides a welcoming environment where visitors enjoy our culture and our citizens enjoy economic opportunity.”