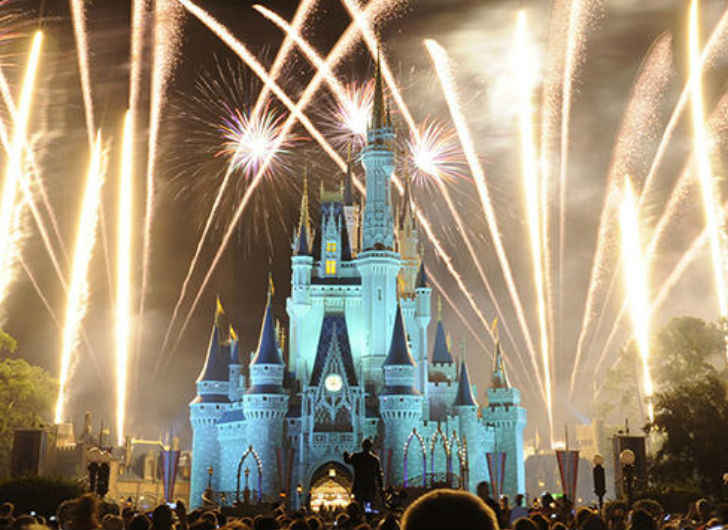 Ringing in the New Year is always fun, but getting to do it at one of these top 5 destinations can really make your New Year’s Eve dreams come true. From exotic beach parties in Rio De Janeiro, to singing “Auld Land Syne” in Scotland, these worldwide cities are full of fireworks, rich cultural traditions and some amazing local food and drink. 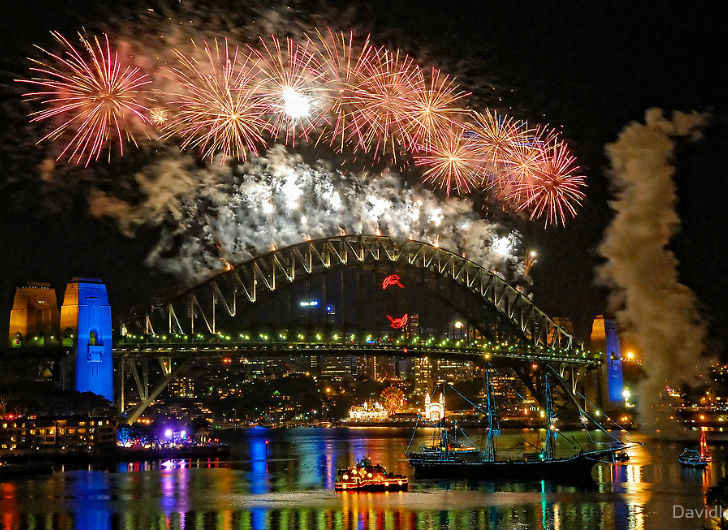 The famous Sydney Harbor lights up with fireworks against the backdrop of the Harbor Bridge and the Sydney Opera House. Plus, because of its location it is one of the first major cities in the world to ring in the New Year. More than a million people will gather to watch the firework extravaganza, with many watching from boats, or seated at one of the harbor’s many restaurants. Just a short walk from the bars and clubs of downtown Sydney the party will be sure to continue into the night, long after the fireworks have faded away. Travelers with smaller children, or those who find it hard to stay awake until midnight will appreciate the 9pm firework display, consisting of 8 minutes of orchestrated fireworks released from 4 barges and the Sydney Harbor Bridge. Following the earlier firework show is the Harbor of Light Parade, featuring decorated boats, certain to entertain while viewers wait for the midnight finale. 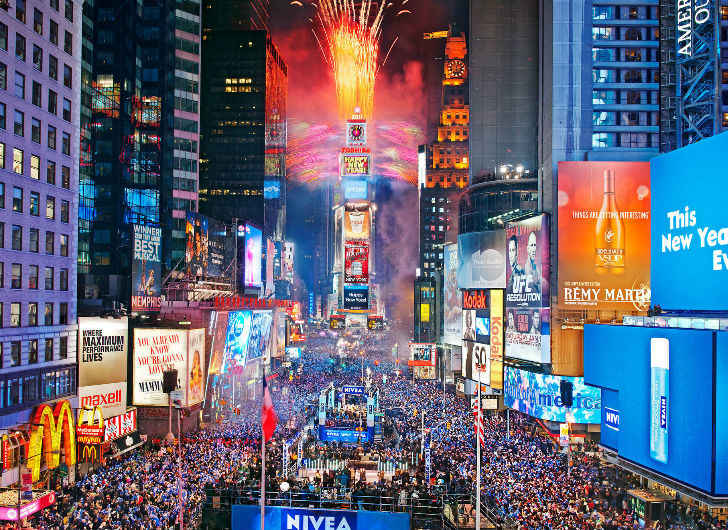 You can’t talk about New Year’s Eve without paying homage to the festival in New York City’s Times Square. For 111 years this city landmark has been the focal point for New Year’s Eve celebrations in the city. With performances by top entertainers, the event attracts millions who line the streets waiting for the clock to strike midnight. The infamous Waterford Crystal New Year’s Eve ball descends upon One Times Square and revelers join together singing “Auld Lang Syne” as they welcome in the New Year. 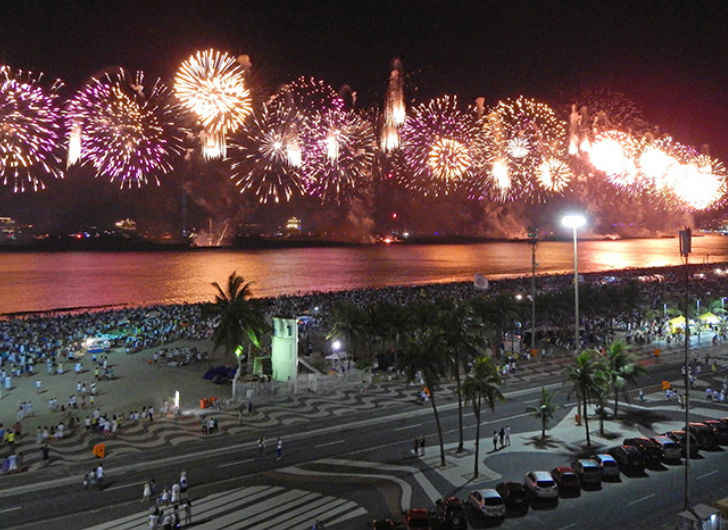 The exotic and famous beach of Copacabana comes alive each New Year’s Eve as party-goers descend on the beach to celebrate one of the biggest parties in Rio De Janeiro. Starting off at 7pm, the beach is lined with different DJ’s and musical acts. Brazilians traditionally pay homage on New Year’s Eve to the Afro-Brazilian Sea Goddess of fertility and motherhood by placing placing candles and flowers in the water. They also dress in white – meant to usher in good luck for the coming year. At midnight a 20 minute firework display takes place over the gorgeous beach of Copacabana and the party continues until the early hours of the morning. 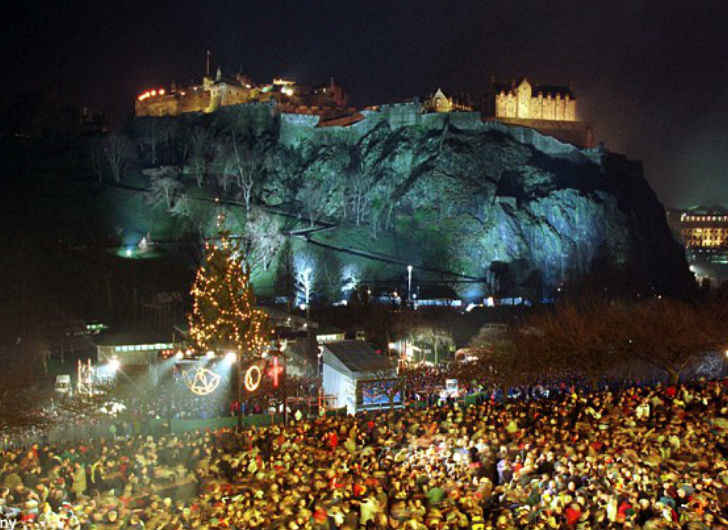 Ring in the New Year in true Scottish style with the celebration of Hogmanay in the historic city of Edinburgh. This 3 day festival features events and top-notch entertainment from around the world. Kicking off on December 30 with a torchlight procession and concert, the festivities continue with A Taste of Scotland, traditional musical acts and a candle-lit concert. Starting at 9pm on New Year’s Eve, hourly fireworks shows light up the city sky, culminating in the singing of the traditional Scottish song, “Auld Lang Syne” as the clock strikes midnight. And the best cure for a hangover – a dip in the freezing waters of the Firth of Forth. Die hard revelers dressed in fancy dress parade through the town before plunging themselves in the River Forth on New Year’s Day to raise money for charity. Afterwards they are treated to a warm bowl of porridge!

Not just for families, the New Year’s Eve festivities at Orlando’s Walt Disney World draw tourists in from near and far. Each of the parks – Epcot, Magic Kingdom, Animal Kingdom and Disney’s Hollywood Studio – have their own set of events, each culminating in magnificent fireworks displays at midnight. Epcot offers foodies the chance to view the fireworks from one of their lakeside dining venues. DJ’s, musical acts, drink stations and parades all add to the magical festivities that Walt Disney World do so well. Plus, if you stay at one of the Disney Resorts you’re guaranteed a free ride home with their complimentary bus transportation. The parks can get very busy for New Year’s Eve, so best to check out all of the entertainment options online before you go to pinpoint where you want to be at midnight and what you want to see.