Connect with us
Did You Know?
While driving on Route 10 between El Paso, Texas and Tucson, Arizona you will see billboards for “The Thing.”  What is it you're wondering? We may never know.
You can find this replica of England's Stonehenge in Alliance, Nebraska.  In the 1980's Jim Reinders built Carhenge as a memorial to his father.
There are 1,500 hammers on display at the hammer museum in Haines, Arkansas, from recent designs to ones dating back to the time of the Romans.
Before Facebook, Twitter or even text messaging one another, behold AOL Instant Messenger. Remember the pressure of trying to come up with a clever 'away' message? The struggle was real! 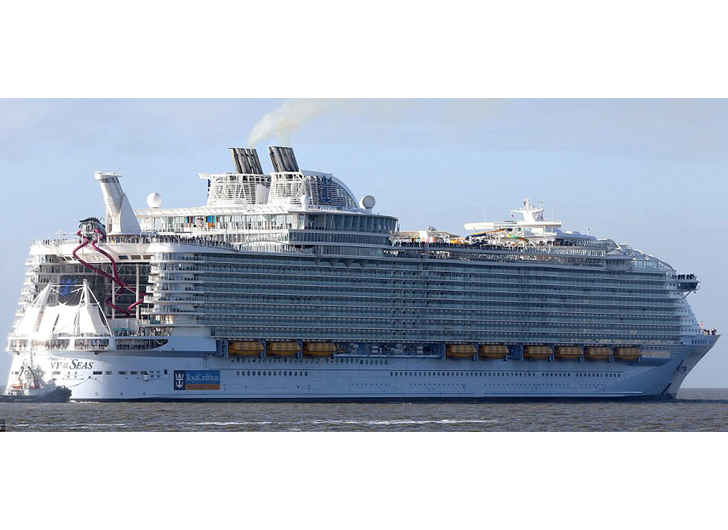 Royal Caribbean Cruise Line are now the owners of the world’s biggest cruiseliner and the 228,000 tonne vessel is getting ready for its maiden voyage on Saturday.

All that glitters is #SymphonyoftheSeas. Get ready to experience a revolutionary new way to adventure: https://t.co/YcmWyKAqQ9 pic.twitter.com/yx0nwgC1yu

The Symphony of the Seas, built by French shipbuilders STX, took over two-years to build and can 8,000 people, including 2,200 staff.

Signed, sealed, delivered…I’m yours @RoyalCaribbean! #SymphonyoftheSeas now crossing the Bay of Biscay on our way to the Mediterranean. We’re picking up Media in Malaga, Spain on the 27th. pic.twitter.com/7dKHPecTi3

Our first sight of Symphony of the Seas in Malaga #symphonyoftheseas pic.twitter.com/2HxoZxUTC4

The Symphony of the Seas will start its maiden voyage on Saturday, sailing out of Barcelona in Spain where it will spend its first season cruising the Mediterranean Sea. Following that it will head back to its home port of Miami, Florida.