Did You Know?
Dead Vlei.  This dead oasis in Namibia is surrounded by the highest sand dunes in the world.  The lack of moisture forces the trees to look for water outside of the the clay.
You can explore the world's largest plant maze at the Dole Plantation in Wahiawa, Hawaii.  The maze is a total of 2.5 miles long!
The world's smallest church is located in Oneida, New York and is in the middle of a Lake!  With less than 30 square feet, there is only room to accommodate the bride, groom, and person marrying them.
This little device was cutting edge technology back in the day. The answering machine, now made obsolete by voice mail boxes built into telephones, was the only way to let someone know you were trying to reach them. No texting, no social media, no caller ID in the 90s! 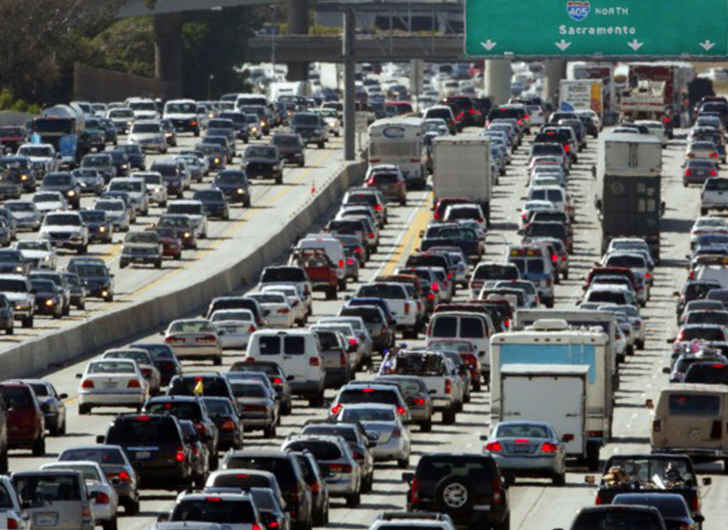 The AAA is predicting a record number of Americans will hit the roads this July Fourth weekend thanks in part to low gas prices, low unemployment, buoyant consumer spending, and rising disposable incomes.

“This is the highest level since AAA began tracking holiday travel 19 years ago,” AAA-Iowa spokeswoman Rose White told Radio Iowa. “We predict drivers will experience the greatest amount of congestion in the major metro areas on Wednesday, July 3, as the commuters mix with the holiday travelers.” Travel volume for the holiday is expected to rise more than four percent, with nearly two-million more vacationers than a year ago. A record high 41-million people will be traveling by car, which means higher demand for gasoline.

According to USA Today, if you’re planning on getting out of town for Independence Day the absolute worst day to travel will be Wednesday, July 3 between 4:30 and 6:30 pm.