Did You Know?
Jellyfish Lake.  There is a section of Palau that contains 70 marine lakes, and one of them is filled with jellyfish.  For years it was closed to the public due to the population of jellyfish lowering in number, but has recently been reopened and the number of jellyfish is rising once again.
While driving on Route 10 between El Paso, Texas and Tucson, Arizona you will see billboards for “The Thing.”  What is it you're wondering? We may never know.
The world's smallest church is located in Oneida, New York and is in the middle of a Lake!  With less than 30 square feet, there is only room to accommodate the bride, groom, and person marrying them.
Go to Middletown, Connecticut to see a strange variety of objects.  There is also a giant fun house you can walk through. 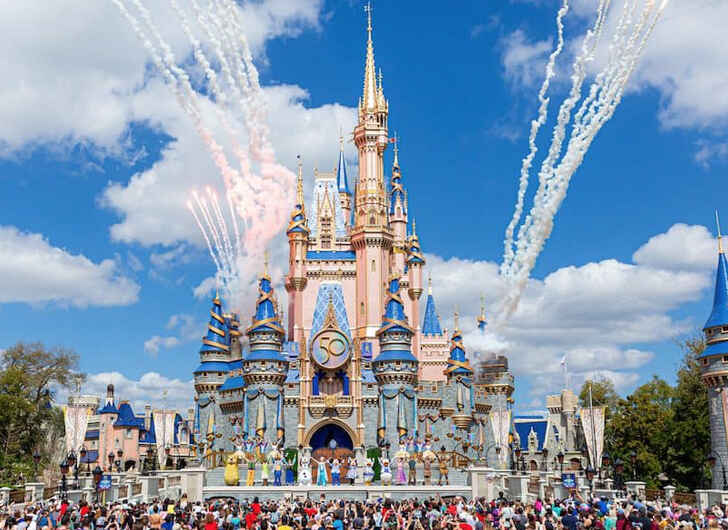 Walt Disney World Resort is set to unveil some magical new experiences, with all-new attractions and the return of fan favorites and beloved characters.

Disney Parks, Experiences and Products Chairman Josh D’Amaro made several exciting announcements about the future of Walt Disney World Resort at #D23Expo. Click here for all the details: https://t.co/IDBTV3Vk0Q pic.twitter.com/w2HNSAetWq


According to Disney’s official blog, the updates include a revamped nighttime spectacular at Magic Kingdom, and Magic Kingdom’s Haunted Mansion will feature a new resident – the Hatbox Ghost some guests may recognize from California’s Disneyland Resort.

The much anticipated Tiana’s Bayou Adventure will open in late 2024 at Magic Kingdom. The new ride will tell the story of Princess Tiana, Prince Naveen and their friends as they host a party for the people of New Orleans.

EPCOT fans will be able to visit the completion of the World Celebration Neighborhood in late 2023. Featuring a “lush, green space for you to relax, plus the opening of Communicore Hall and Communicore Plaza, this central location in the park will be the new home for festivals and the perfect space to gather with family and friends<” Disney’s blog announced. “It will also be home to Dreamers Point, an inspiring new area where you can view the new Walt Disney statue called ‘Walt the Dreamer.’”
In the World Nature EPCOT neighborhood, Journey of Water, Inspired by Moana, will also open in late 2023. The new exploration trail will allow guests to learn about the story of water on our planet and will be able to interact with it throughout the attraction.

As the company looks forward to the Walt Disney Company’s 100th anniversary, D’Amaro revealed a new nighttime spectacular for EPCOT is in the works. The new show will debut late next year and will feature inspiring nighttime entertainment that unites guests around World Showcase Lagoon.