Connect with us
Did You Know?
Cadillac Ranch, located along Route 66 in Amarillo, Texas, is one of the most iconic roadside attractions in the United States.  Ten Cadillacs are half buried and splattered with paint. It is said that they are buried on the same angle as the Great Pyramid of Giza.
Go to Middletown, Connecticut to see a strange variety of objects.  There is also a giant fun house you can walk through.
In Lake City, Colorado several prospectors walked into the snowy mountains and Packer came back to town 66 days later looking well fed and had all his companions money.
There are 1,500 hammers on display at the hammer museum in Haines, Arkansas, from recent designs to ones dating back to the time of the Romans. 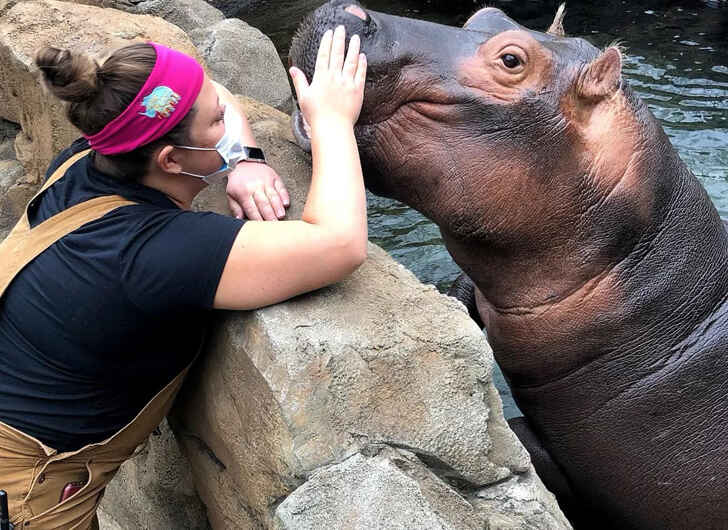 Fiona the Hippo is officially a big sister!

Our bloat got a little bigger last night! Bibi gave birth around 10pm and all seems to be going well for Mom and baby so far. They will remain off habitat for about 2 weeks to bond. Stay tuned for more updates. https://t.co/aWIDaFuMxl pic.twitter.com/dVLnRl0U0y


“This calf looks huge to us because Fiona, Bibi’s first baby, only weighed 29 pounds when she was born six weeks premature and wasn’t able to stand on her own. This new calf weighs at least twice as much as Fiona did and is already walking,” said Christina Gorsuch, Cincinnati Zoo’s director of animal care. “We’re not sure if nursing has occurred yet because the water is murky. It’s Bibi’s first time nursing, since Fiona had to be cared for by the hippo staff, so we’re keeping a close eye on them to make sure we don’t need to step in.”

“Bibi and the baby, yet to be named, will spend the next two weeks bonding behind the scenes,” said Gorsuch. “A female would take her newborn away from the bloat for about that amount of time in the wild, and we try to give Bibi the choice to do what feels natural to her.”

According to a press release from the zoo, Bibi and her new baby will not be visible to the public immediately. However, the zoo will share pictures and videos if the care team can get them without disturbing mother and baby.