Did You Know?
Eternal Flame Falls.  Due to a natural gas leak this waterfall in New York can be lit to produce a flame that is visible year round.  Occasionally the flame goes out and needs to be re-lit.
Cadillac Ranch, located along Route 66 in Amarillo, Texas, is one of the most iconic roadside attractions in the United States.  Ten Cadillacs are half buried and splattered with paint. It is said that they are buried on the same angle as the Great Pyramid of Giza.
National Museum of Funeral History.  The National Museum of Funeral History is in Houston, Texas and features one-off coffins, and other funeral memorabilia. John Paul II's bulletproof pope mobile resides here!
It’s no surprise Floyd Mayweather goes by the nickname “Money,” with his lavish lifestyle and being one of the highest paid athletes in the world. 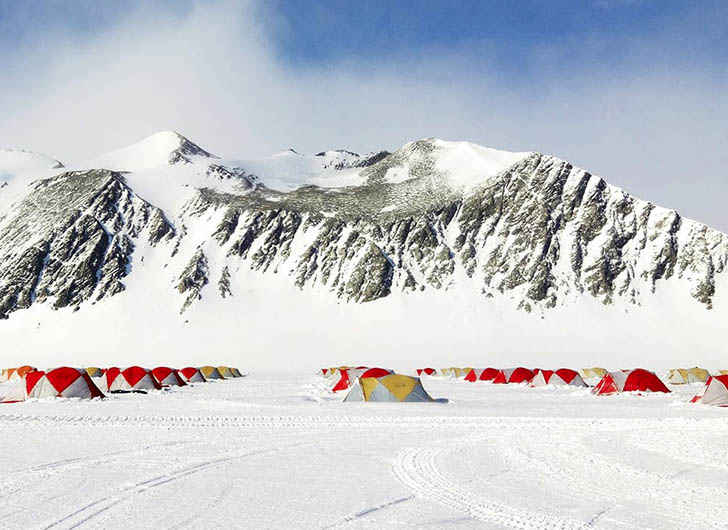 Airbnb is looking for five volunteers to participate in what sounds like an amazing – albeit freezing – research expedition to the South Pole.

According to AFAR, the company has joined forces with the Ocean Conservancy to give would-be scientists the chance to spend a month conducting research for their Antarctic Sabbatical.

The five intrepid volunteers will work alongside scientist Kirstie Jones-Williams – and best of all no formal qualifications are required to participate.

During the month-long research, the volunteers will help collect snow samples to study how far microplastics have made their way to Antartica’s interior. According to AFAR, “The study aims to bring awareness to the far-reaching consequences humans have on one of the most remote and isolated places on Earth.”

“Most people think of Antarctica as a pristine and isolated continent, but recent evidence shows that even the most remote locations are affected by plastic pollution,” Jones-Williams said in a statement. “This expedition will help us understand the pathways of microplastics to remote regions such as Antarctica and comes at a critical time to highlight our responsibility to protect our natural world.”

The amazing adventure will start off in Punta Arenas, Chile, where the five volunteers will undergo an immersive two-week training course. During that time the participants will learn about lab work, glaciology and field sampling. They will also undergo physical training to prepare them for Antarctica’s harsh environment.

Following the course, the adventurers will set off for Antarctica where they will spend 10 days collecting samples to be studied in the lab. During their time they will have the opportunity to travel to the South Pole, the Drake Icefall, Elephant’s Head and the Charles Peak Windscoop.

The final week of the sabbatical will see the volunteers return to Chile to analyze what was collected in Antarctica. Following your research, you’ll work with Ocean Conservancy to become ambassadors for protecting the oceans, sharing with the world how others can help minimize their collective plastic footprint and act as stewards to our planet.

Airbnb is accepting applicants from now until October 8, 2019. Applicants must be available to travel for a month between November 18 and December 16, 2019, and must be 18 years or older.

The five lucky winners will be announced on October 30.