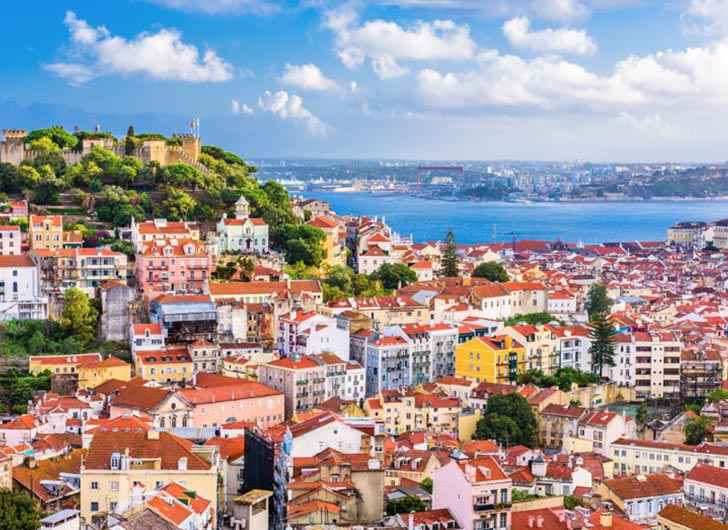 Who doesn’t love sampling the local cuisine when traveling? For some, international travel is all about experiencing different cultures through their food and there’s no better place to eat than Lisbon, Portugal.

According to Insider, the Portuguese capital city of Lisbon, which is located on the country’s Atlantic coast, has been named “Foodie Hotspot” of the year at the National Geographic Traveller UK reader awards 2019.

Good morning Lisbon! 😍 Send us a similar photo of your city and you could get featured on our insta story. Good luck! 😁🙏🏼 #visitinglisbon #lisbon #from #the #top #beautiful #view #rooftops #lisboa #lisbona #lisbonne #lisabona 📸 @deensel


Thanks to its ancient history and proximity to the sea, Lisbon offers a wide array of delicious cuisine with a special emphasis on seafood and the various spices that made their way to Portugal throughout the centuries.

So what are the ‘must-have’ staples a tourist should sample when in Lisbon? According to Insider, there are three particular dishes that expertly showcase Lisbon’s rich culinary history.


Chicken Piri-Piri – A staple of Portuguese cooking, Chicken Piri-Piri features bone-in chicken marinated in a mixture of garlic, olive oil, salt, lemon, Piri-Piri chilis and normally a secret spice addition before being thrown on the grill. Lisbon residents usually serve their Chicken Piri-Piri alongside fries and a simple salad.


Sardinhas – thanks to its location between the Atlantic Ocean and the Mediterranean Sea, seafood plays a strong role in Lisbon’s cuisine and non-more-so than the humble sardine. Each year the city hosts the St. Anthony Festival in June, where sardines take front and center stage. According to Insider, sardines in Lisbon are normally eaten grilled, alongside a glass of wine and chunks of freshly baked bread.

Hope you have a delicious week out there folks 😋 What is the traditional pastry from your city/country? 🌎 #visitinglisbon #pasteldenata #pasteldebelem #deliciousness #mondaymotivation #lisbon #lisboa #lisbona #lisbonne #lisabona 📸 @edpick


Pastéis de Belém – if there is one dish you must have when in Lisbon it is the delicious pastry known as pastel de Belém. Decadent cinnamon-infused custard is placed inside a flaky cup of pastry and served warm. According to Insider, locals know if they are being served a good one by making sure the custard has some wobble to it.