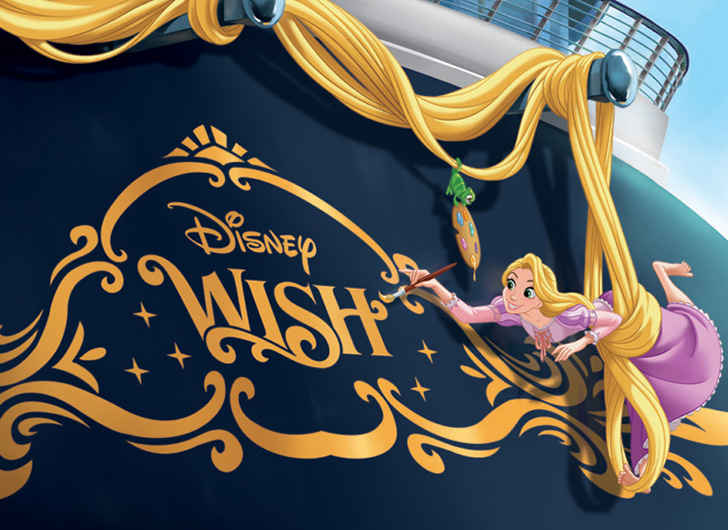 Disney Cruise Line is adding a new ship to its line-up – and a new tropical private island destination.

According to USA Today, the company revealed details of its new ship – the fifth in its lineup – at the company’s annual D23 Expo in Anaheim, California.


The ‘Disney Wish’ with sister ships, the Magic, Wonder, Dream, and Fantasy, in 2022 when she will embark on her maiden voyage from Cape Canaveral in Florida, with Disney character Rapunzel being featured on the ship’s stern.

Disney has plans to add two more ships to their lineup, scheduled to be delivered in 2022 and 2023.

According to USA Today, Disney officials also revealed the cruise line has another private island destination in the works – Lighthouse Point on the Bahamian island of Eleuthera.

VIDEO: Disney Cruise Line announced a new tropical destination that celebrates the culture, history and natural environment of the Bahamas. See what’s behind the construction of Lighthouse Point: https://t.co/bayeA597LY pic.twitter.com/nLNxG25nxn


The cruise line currently has a private island in the Bahamas called Castaway Cay. The construction of Lighthouse Point is set to begin in 2020 with a completion date of late 2022 or 2023.

“The Lighthouse Point site is so beautiful and so full of nature that we want to preserve this and use our designs to call attention to the extraordinary quality of the place itself – a place of natural beauty, with a rich and fascinating cultural tradition,” Disney Imagineer Joe Rohde said in a statement. “We will be directly involved in conservation efforts to preserve and protect the environment that creates this beauty, and we will be working with artists of every kind … to create a unique destination that is rooted in Bahamian culture and imbued with Disney magic.”

According to USA Today, Disney plans to develop less than 20 percent of the island. Construction of Lighthouse Point “will begin only after an environmental impact assessment and environmental management plan are reviewed and accepted by the government of The Bahamas.”