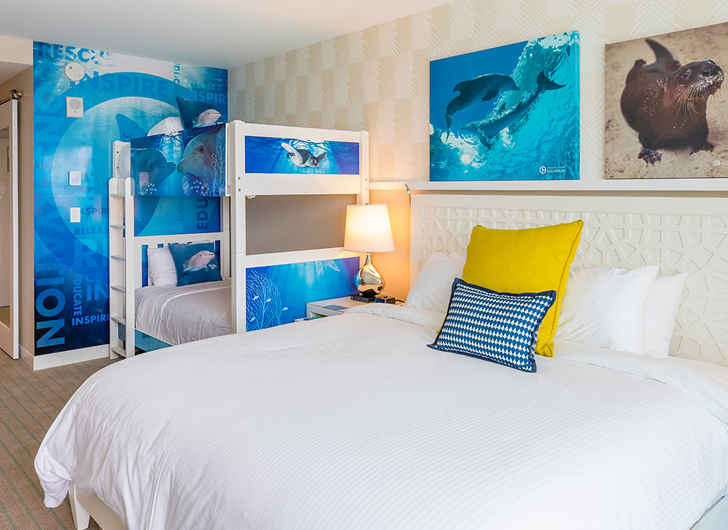 Check out these Winter Dolphin themed rooms at @Wyndham_CWB! A portion of the proceeds support our mission! Details: https://t.co/n9V6usotT8 pic.twitter.com/GvGuyepN6L

The crisp white, blue and yellow accented rooms feature large pictures of Winter and Hope certain to make dolphin fans smile the minute they wake up!

The hotel is offering Visit “Winter” Packages that include a stay at the specially themed Winter the Dolphin gulf view room, two general admission tickets to the Clearwater Marine Aquarium, and a voucher to receive a Winter dolphin plush and Winter’s Tale book from the aquarium gift shop.

Best of all, the hotel will donate a portion of the bookings back to the Clearwater Marine Aquarium.