Connect with us
Did You Know?
Christ of the Abyss.  Guido Galletti created this 2.5 meter tall statue of Christ and submerged it in Italy.  Another great diving spot for sure!
There are more than 5,000 mustard's from more than 70 countries on display at this museum in Middleton, Wisconsin...if you don't like mustard, this is not the place for you.
There are 1,500 hammers on display at the hammer museum in Haines, Arkansas, from recent designs to ones dating back to the time of the Romans.
In St. Augustine, Florida there is a museum dedicated to the brutal torture methods that were used during the medieval times. 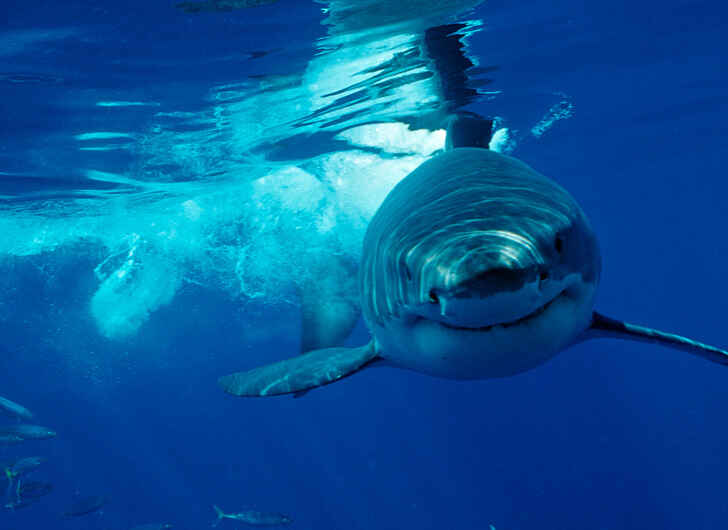 Participants in a Southern California surfing contest unknowingly had another contender in their midst – a great white shark!


According to the Orange County Register, the shark was captured on film as it performed a spectacular ‘Sharknado’ style breach behind surfer Tyler Warren.

The event occurred during the San Onofre Surfing Club’s annual contest at San Onofre just south of San Clemente – an area where juvenile great whites are occasionally spotted during summer and fall.

Jordan Anast, who captured the incredible moment on film, told the Orange County Register that he initially thought it was a dolphin before realizing it was, in fact, a great white shark.

Anast told the Orange County Register he plans to get the image printed and framed for surfer Tyler Warren, who didn’t see the shark jumping just behind him!